Man arrested for DUI after riding horse on freeway 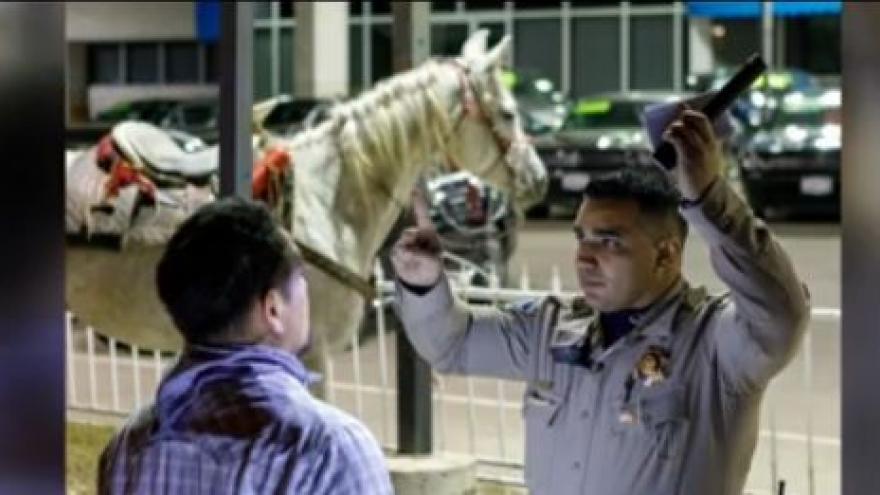 LONG BEACH, Calif. (CBS News) -- Authorities say a man accused of riding a horse on a freeway in Southern California was arrested for driving under the influence, CBS Los Angeles reports. The California Highway Patrol says Luis Perez of Placentia had a blood-alcohol level of more than double the legal limit when they allege he took his horse on the 91 Freeway.

Officers say the 29-year-old hoofed it into Bellflower where they arrested him.

Perez, according to police, failed a field sobriety test and was booked into jail.

The horse was unharmed and was back with Perez' mother.