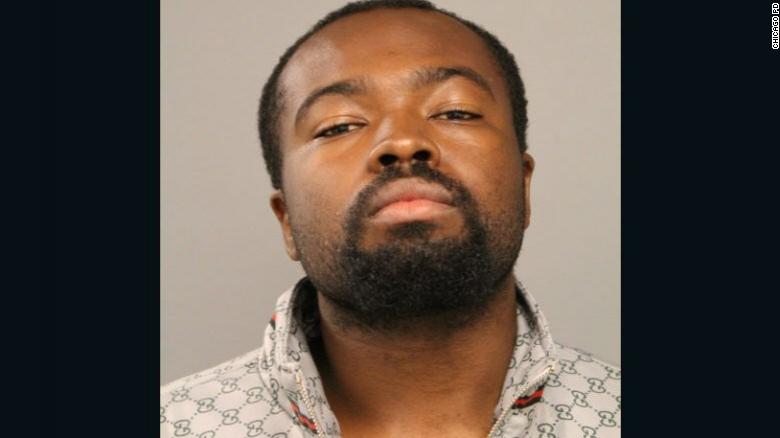 (CNN)Chicago police have arrested a man who attacked a bus driver and a passenger -- with a bag of frozen chicken.

Why the fowl play?
Because, police say, he was trying to flirt with a woman, and she wasn't having it.
The incident happened last week on a Chicago Transit Authority bus.
Police say Caleb Russell, 27, wasn't happy the woman didn't respond when he tried to talk to her. So he allegedly started hitting her with the bag of chicken.
When the bus driver stopped the bus to help the woman. Russell swung the bag at the driver, hitting him in the face, police said.
The bus driver suffered a broken nose and jaw. He also lost a tooth.
The woman, who didn't want to be identified, told CNN she was not seriously injured.
Russell was charged with misdemeanor battery and felony aggravated battery against a transit employee. He's being held on $100,000 bond.
Court records show Russell was sentenced to two years in prison in 2014 for threatening to blow up a transit bus.
Jeff Tolman, a media representative for CTA, told CNN in an email that "incidents involving operators are very rare." The CTA is providing any available video surveillance footage to assist in prosecuting the assailant, he added.
Share this article: