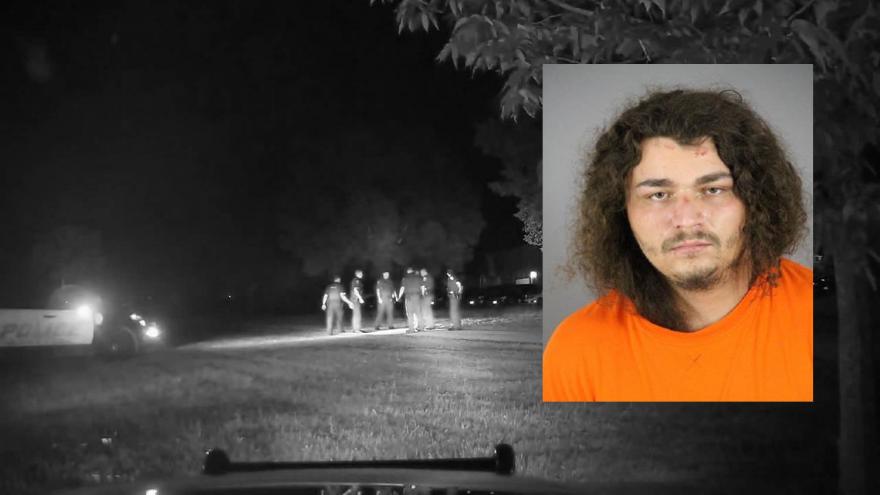 Police say Jaime Hernandez was causing a disturbance Saturday night at a building on Madera Street.

Hernandez allegedly took off after someone called the cops on him.

Police followed Hernandez for two miles before they say he ditched the truck he was in and made a run for it. He was later arrested near an elementary school.