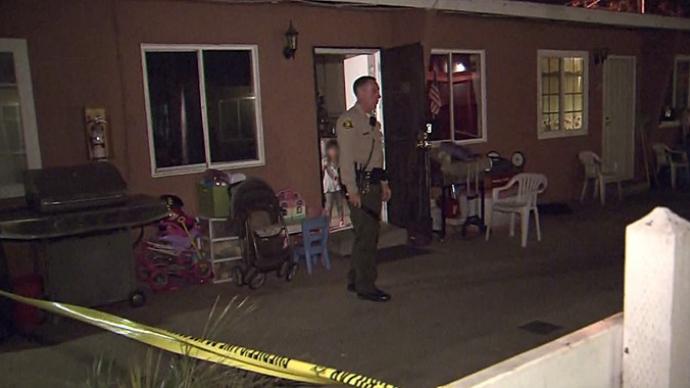 Santa Clarita, CA -- A man accused of abducting a 3-year-old girl from an apartment in Santa Clarita on Thursday was arrested after being chased down by family members.

It happened around 7 p.m. at an apartment in the 24200 block of Arch Street in the Newhall area of Santa Clarita, according to a news release from the Los Angeles County Sheriff's Department.

The man was able to grab the girl by reaching through a bedroom window at the family's residence, the release stated.

\"He leaned in the window and then told her to come toward him,\" the girl's aunt Adriana said.

Family members witnessed the abduction and the girl's father and uncle chased the man down the street.

\"I actually … ran behind him,\" said the girl's uncle Jesus. \"I think he heard my footsteps and then he turned around quickly and asked me if this was my daughter.\"

The man handed the girl over to the uncle and was then tackled by the girl's father.

When deputies arrived, they were able to take the man into custody.

The girl was unharmed.

Investigators said it appeared there was no connection between the alleged kidnapper and the girl or her family.