Man Allegedly made Concerning Statements Towards a Toddler at Mayfair Mall 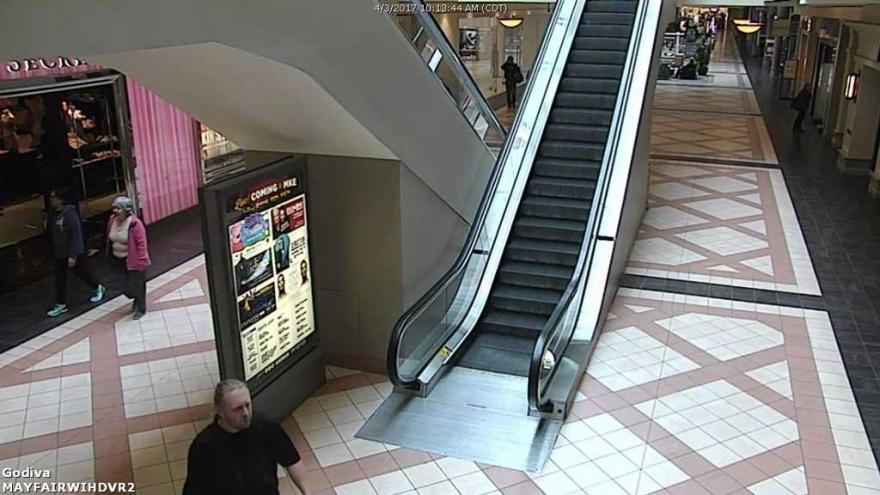 The subject has been identified, located, and question regarding this incident based on a tip from someone who saw him on the news.

There is no danger to the public at this point or cause for further concern.

No arrest has been made at this time.

Wauwatosa Police Department is looking for information about a man that made concerning statements about a toddler at Mayfair Mall.

According to Wauwatosa Police Department, the incident occurred on April 3 at 10:00 AM.

Wauwatosa Police Department responded to a report of a suspicious circumstances/disorderly conduct which occurred at approximately 9:40 am at Mayfair Mall, 2500 N. Mayfair Rd.

The subject is described as a male/white, 25-40 years old, medium build, long blonde hair pulled back in a ponytail, wearing a dark colored shirt with the number “12” on it in dark numbers, grayish colored jeans, and white sneakers.

This subject also has an unknown tattoo(s) on his right forearm.

The public is not in any immediate danger.

Police did say it is imperative that the subject is identified and police are able to speak with him regarding this incident.

Citizens with information are asked contact the Wauwatosa Police Department at 414-471-8430, OR anonymously contact Wauwatosa Crime Stoppers, 771-TOSA (8672), OR anonymously Text-a-Tip to “crimes” using keyword “tosa” – You may be eligible for a cash reward.