Man Admits Abducting 6-Year-Old From Bed, Raping Her in Yard 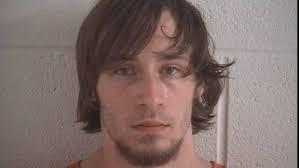 (CBSNews) ASHLAND, Ohio — A man who broke into a 6-year-old girl’s Ohio home, grabbed her from her bed and raped her in the backyard has pleaded guilty.

Authorities say someone in the house saw Martin assaulting the girl in August 2015 and chased him a short distance before asking a neighbor to call 911. Officers used a police dog to find Martin and arrest him.

Martin told authorities he also broke into a home in 2013 and assaulted two 13-year-old girls during a sleepover. Prosecutors say he didn’t know any of the victims and chose them at random.