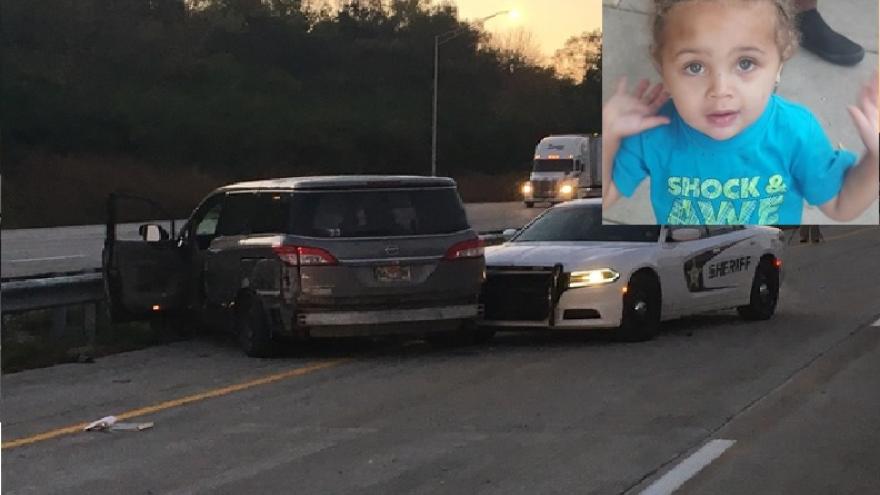 MILWAUKEE COUNTY, Wis. (CBS 58) – The man accused of taking his 2-year-old daughter and holding a knife to her throat across state lines is now being charged.

30-year-old Kenneth Brown is charged with interference with child custody, operating a motor vehicle without owner’s consent, and bail jumping.

According to the criminal complaint, Brown broke into his ex-girlfriend’s house violating a no contact order she had filed against him. He then took their 2-year-old daughter, who he does not have legal custody of, along with his ex-girlfriend’s purse and her mini-van.

After fleeing from the Milwaukee area and dodging police in Decatur, Illinois, he was chased by law enforcement in Indiana. According to the complaint, the chase ended with the mini-van Brown was driving hitting three squad cars before being pinned against a guard rail.

When police in Indiana approached Brown, they say he grabbed a knife and held it to the 2-year-old’s throat before turning the knife on himself. He was then taken to an Indiana hospital where he remains. According to Indiana State Police, any charges Brown may face there will not be filed until he is discharged.