Normally, Lake Michigan is mostly frozen by the middle of February.  After an unseasonably warm start to winter, the lake has produced very little ice, and until this recent arctic outbreak of cold air, it just started to ice over. 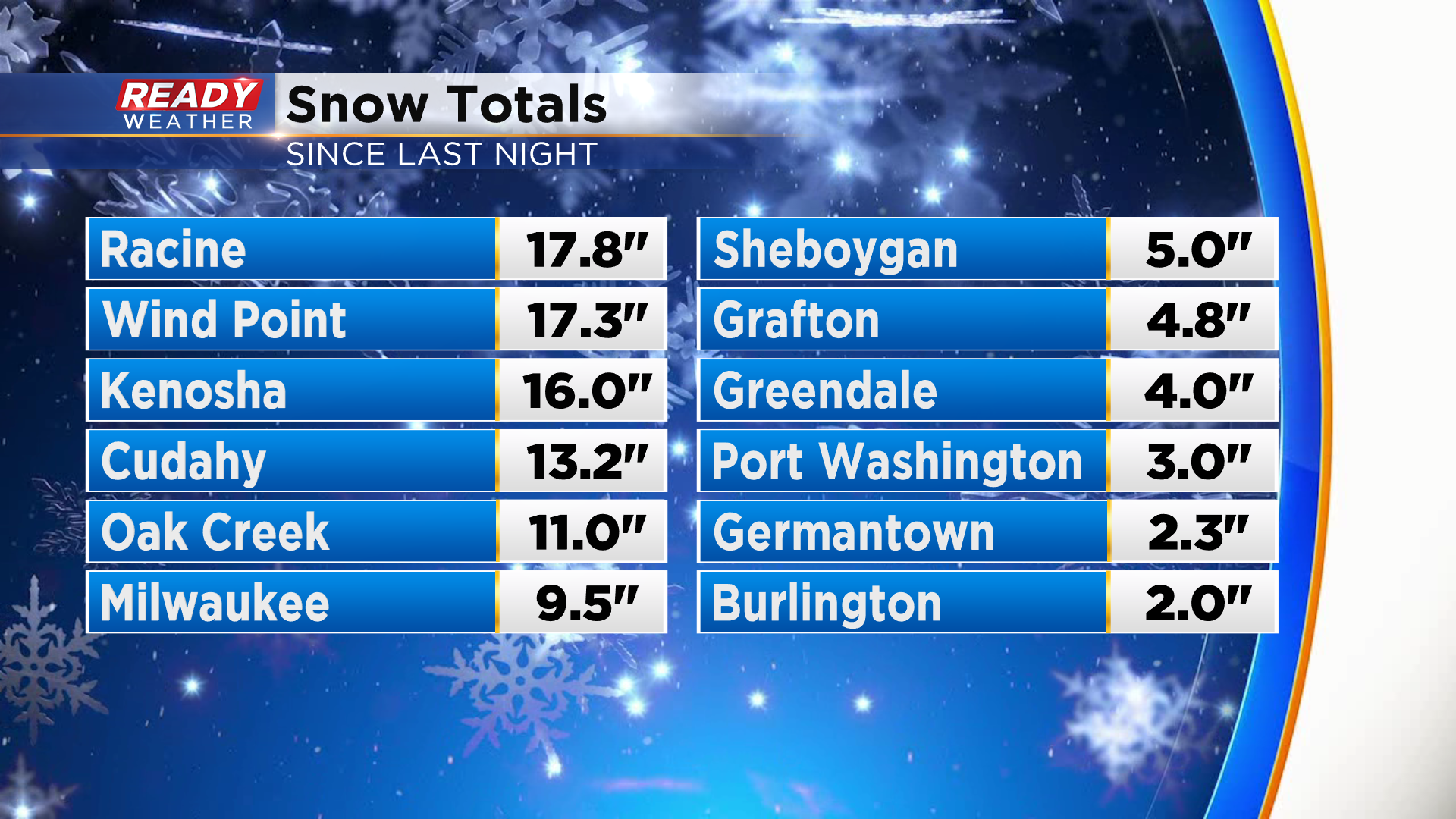 With roughly 30% of ice coverage, last night became the perfect recipe for significant lake effect snow.  Water temperatures in the low to middle 30s are relatively warmer than the surrounding arctic air.

Instability snow showers developed to our northeast over the lake.  Strong northeast winds transported that band perfectly across Milwaukee, Racine, and Kenosha counties.  With an open lake, and a long northeast fetch, very heavy snow produced snow rates between 1" to 2" an hour.

The band finally moved out over the lake this afternoon with some areas approaching 20" of snow! 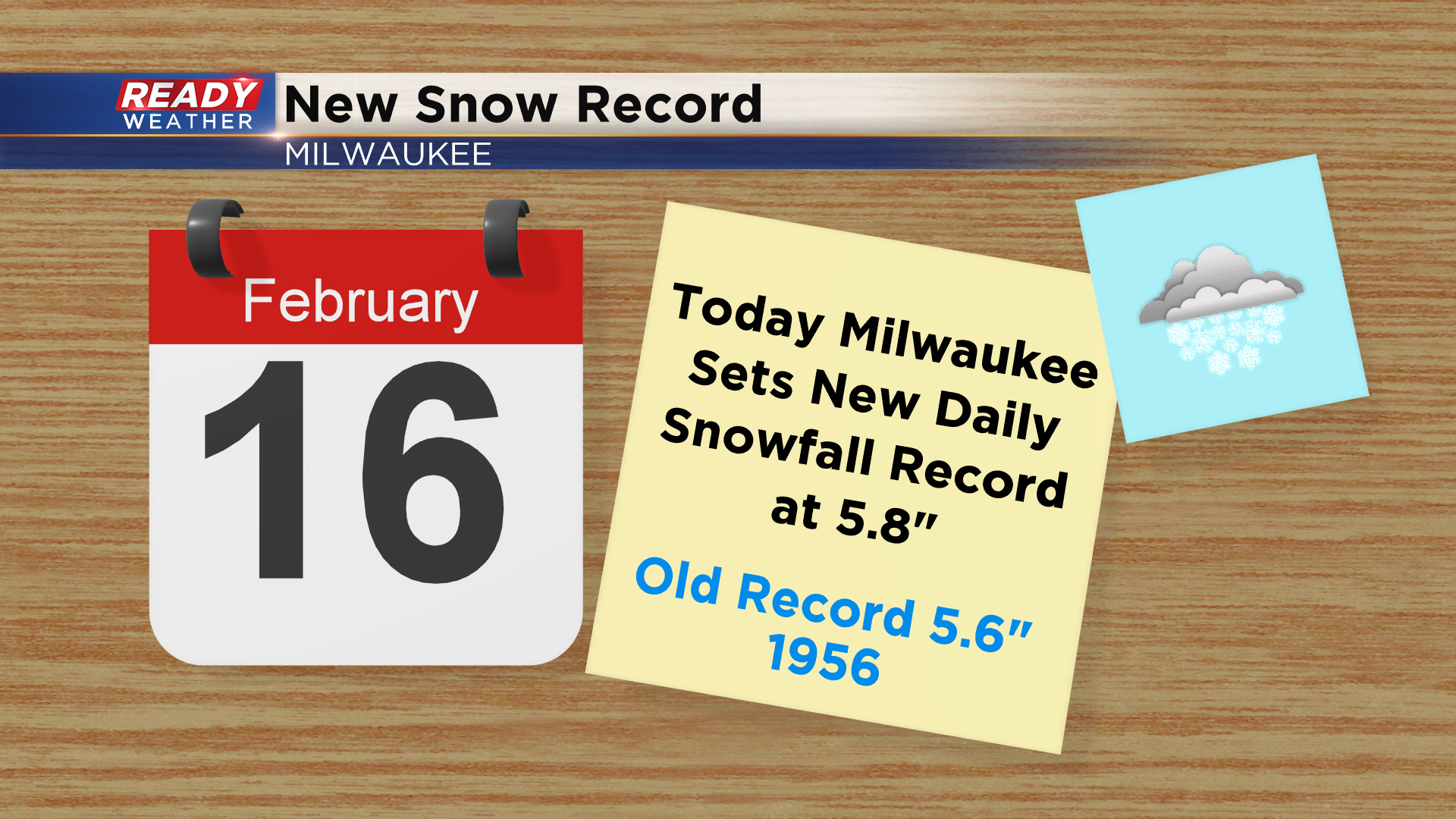 While Milwaukee was spared a foot of snow from this event, a new daily record of 5.8" was set today.  The 9.5" of total snow was the largest winter event to hit Milwaukee this season. 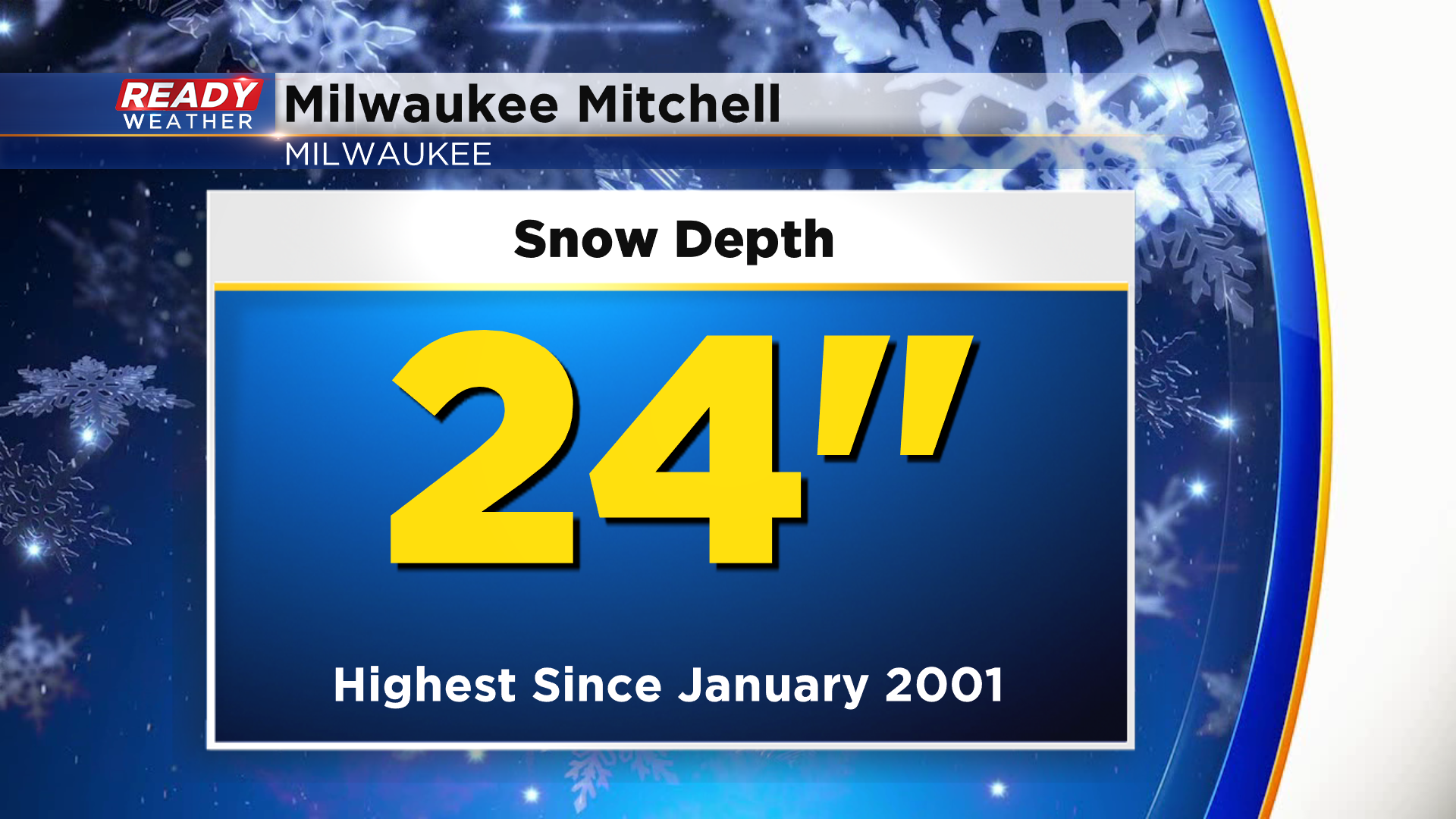