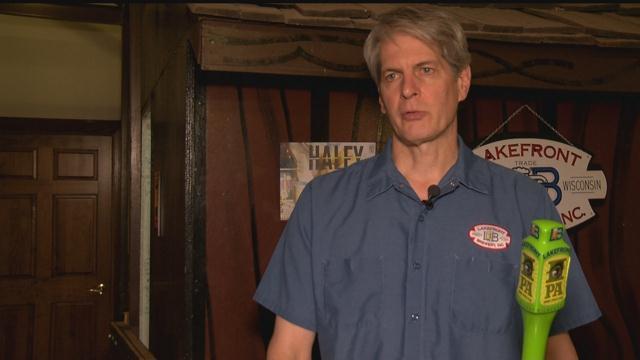 The label on your favorite brew is about to change. The Beer Institute has announced a new initiative to add labels with nutritional facts to major beer suppliers.

It's a move, aimed at creating more transparency.  Major beer companies will soon have to follow the same rules as large restaurant chains, by placing nutrition facts on all packaging. Anheuser-Busch,MillerCoors and Heineken are a few of the companies who would have to follow the new regulation.

"I just don't want them to have it government mandated that the small guys have to do it," says owner of Lakefront Brewery.

The change is not required for smaller companies, like Lakefront Brewery here in Milwaukee. Owner Russ Klisch says it would take them longer to have beers ready to sell if they had to follow those rules.

"Testing takes about three weeks. Once you learn your results you have to get your labels printed. That will take about another four weeks. You're talking about another two months of your beer sitting in the tank, which we really can't do,"says Klisch.

Dietitian Kara Sonntag with Froedtert thinks the new rule will make consumers more thoughtful about what they're drinking. She also notes that some beers have as many as 300 calories.

"What happens is we come to Friday night, and we don't think about what we're drinking. I think this will have people a little bit more aware of the number of calories that really do add up," says Sonntag.

Lakefront Brewery already puts nutrition facts on some of its larger-selling beers. For now, Klisch isn't too concerned about the rule applying to his company in the future.

"We're keeping an eye on it, but I don't think it will affect us too much," Klisch.

The goal for brewers and importers is to fasten new labels on all their cans and bottles by the end of 2020.