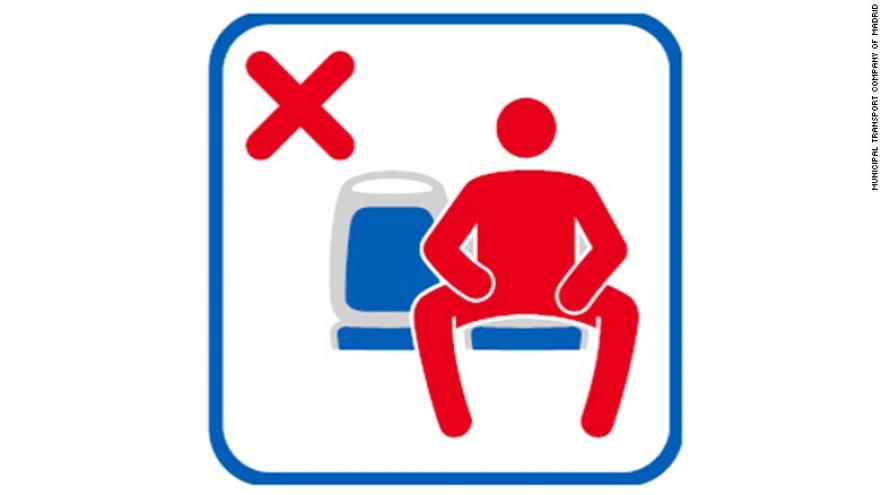 (CNN) Along with signs for 'no smoking' or 'no littering,' commuters in Madrid will soon see a new unfamiliar one: No manspreading.

The transit agency in the Spanish city said it will post the signs on all buses asking men to keep to one seat and one seat only.

Manspreading, in case you didn't know, is when men spread their legs with no regard to others' personal space.

The new sign shows a cartoon man with his legs spread sitting on a metro seat. A giant X signals it as unacceptable behavior.

"This new icon's mission is to remind people of the need to keep a civil behavior and respect the space of everyone on the bus," the Madrid Municipal Transport Company said.

Madrid follows in the footsteps of transit systems in some other cities that also frown on the behavior.

"This new icon is similar to those already existing in other transport systems around the world to indicate the barring of body posture that bothers other people," the transit agency said.