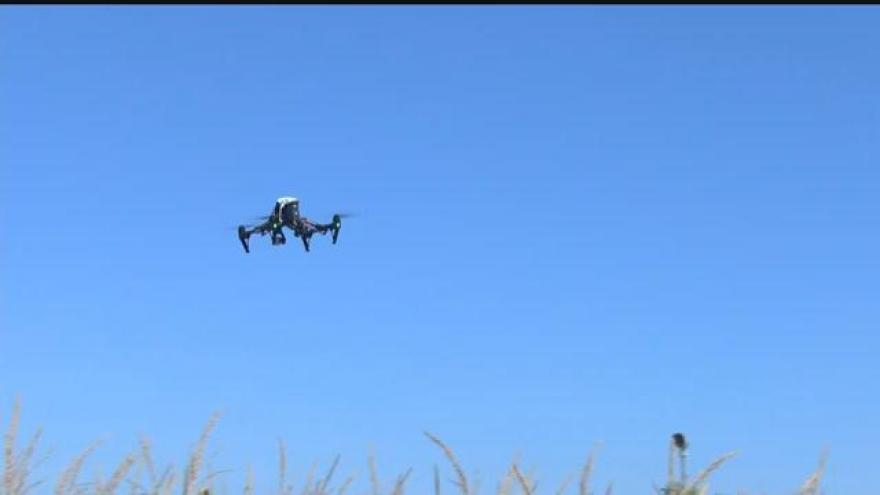 (AP) — Madison police are among a growing number of law enforcement agencies using drones to investigate crimes and track down offenders.

The Madison Police Department has used its new drone team five times since June, the Wisconsin State Journal reported. Its two drones weigh between five and 10 pounds each and have three different cameras that allow them to take pictures and video. They cost a total of about $17,500.

Lt. Mike Hanson commands the 11-member drone team. He said the drones have already been used to track fugitives and look for dementia patients who wandered off.

"They're here to stay," he said. "We want the community to understand it's a tool for us to be able to keep them safe, and our officers."

Nearly 350 law enforcement departments nationwide have purchased a drone, according to an April 2017 report from Bard College's Center for the Study of the Drone.

Police said they anticipate using the drones for search-and-rescue operations, to map crime scenes, to help guide officers in tactical situations, to survey storm damage and to monitor large gatherings.

Wisconsin police must get a warrant during a criminal investigation before using a drone to gather evidence from a place where a person has a reasonable expectation of privacy.

While drones may be flown over private property as part of a search or investigation, they won't be flown over houses or businesses to try and catch residents breaking the law, Hanson said. Drone usage will be tracked and those details will be included in a yearly report.

Each drone is operated by a three-person team. All of the drone team members had to pass a Federal Aviation Administration certification test in order to operate the drones. Officers took the test after completing a four-day training program in April, Hanson said.