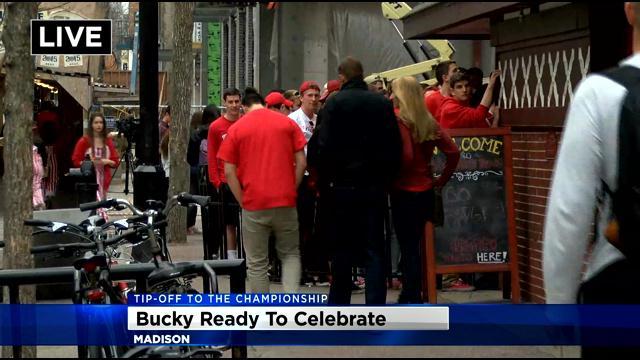 CBS 58's David Ade reports that just about every student he talked with Monday admitted to skipping at least one class so they can get to Madison's party district early ahead of tonight's NCAA Championship Game.

Lines were forming outside the taverns well before noon.

State Street Brats was one of the first places to fill up early.

Fans who gathered this early say they are prepared to hang in there and stay until the last buzzer sounds.

Some bars starting warning people in line as of 2:30 p.m. that they were already at capacity and likely would not get in for the night.