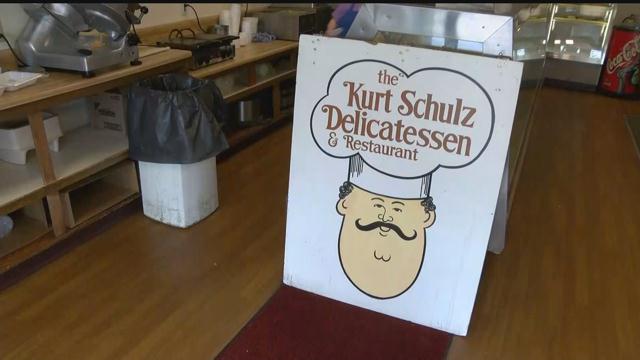 No beer steins to be raised. No polka to be heard.

That's the sad reality in Germantown this weekend - which is the normal weekend for the long running Mai Fest German celebration.

After 28 years the event's been canceled and for kind of odd reasons.

It all comes down to a parking lot where Mai Fest happens normally happen. It's in the middle of what's known as Marketplace 2. This year organizers are not allowed to use the space because the current owner - Compass Properties - is looking to sell.

This year's cancellation is sad for some people in the area because Germantown's Mai Fest has a 28 year tradition.

The president of the Deutshstadt Heritage Foundation, Charlie Hargan, explains.

"But in January we got word that there was a sale in progress and [Compass Properties] did not want the Mai Fest to possibly put a damper on his sale," Hargan said.

"I don't think a lot of people are going to realize Mai Fest is not being held until their ready for it and it's not here," Hargan said.

Currently the parking lot at Marketplace 2 is the only one in Germantown large enough with an special electric hook-up to host Mai Fests 160 foot by 60 foot tent.

Plans are already in motion for next years Mai Fest. Organizers are working on securing this lot once again with the property's future owner.

However, if that does not work out there are plans to downgrade and use a smaller space.