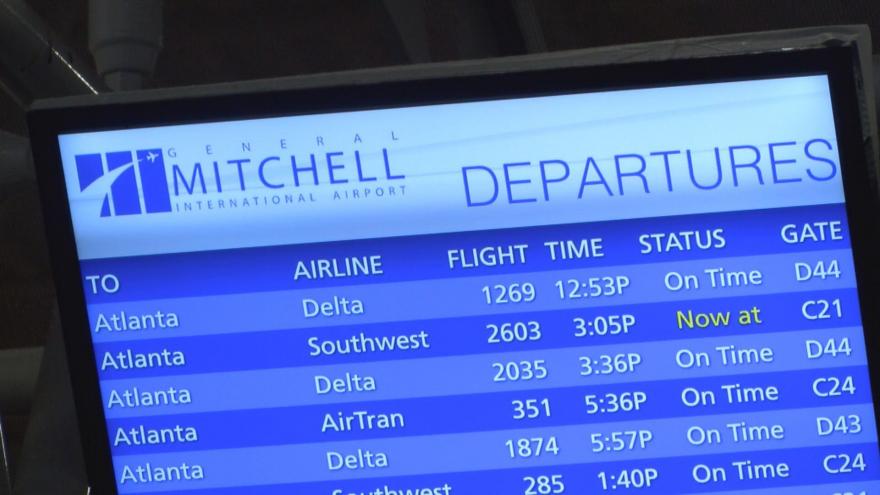 According to AAA, almost 90-million people will hit the road to travel for the holidays. That's up more than four percent from last year.

Lower gas prices have a lot to do with that, and they're also boosting travel in other ways.

According to gasbuddy.com, only Alaska and Hawaii have gas sitting at more than $3 per gallon. Obviously that's going to encourage people to hit the road, but officials at Milwaukee's Mitchell International Airport say more people will travel through the air too.

"We're actually traveling to St. Petersburg, Florida. We have family down there and we're going to see them for the holidays." said Kaley, a holiday traveler leaving Milwaukee Sunday.

AAA says almost two-million people from Wisconsin will jump in their cars over the next week and a half, and compared to last year, Mitchell Airport is also estimating an 11 percent jump in people flying through Milwaukee this holiday season.


"We're going to fly because we want to get there as fast as possible." explained Scott Dale, a traveler who will fly out on Christmas Day.

"It's kind of far, so we thought it would be more convenient to fly and get down there faster and spend more time with them." said Kaley, the traveler heading to Florida.

Even for the people who fly, the cheaper gas prices will still affect how they spend their holiday. "We might be able to go out to a nice dinner, or spend that money on a nice gift." Dale said.

A spokesperson for Mitchell Airport says there will be more TSA agents at the airport to deal with more people flying. She says the people who left Sunday will avoid the airport's busiest days, Monday and Tuesday when more than 20-thousand people are expected to come through the airport each day.

A couple tips if you're flying, try to show up about two hours before your flight to get through security. Also, don't wrap up presents before going through a TSA check because agents may end up tearing open that wrapping to get a look at what you have inside.