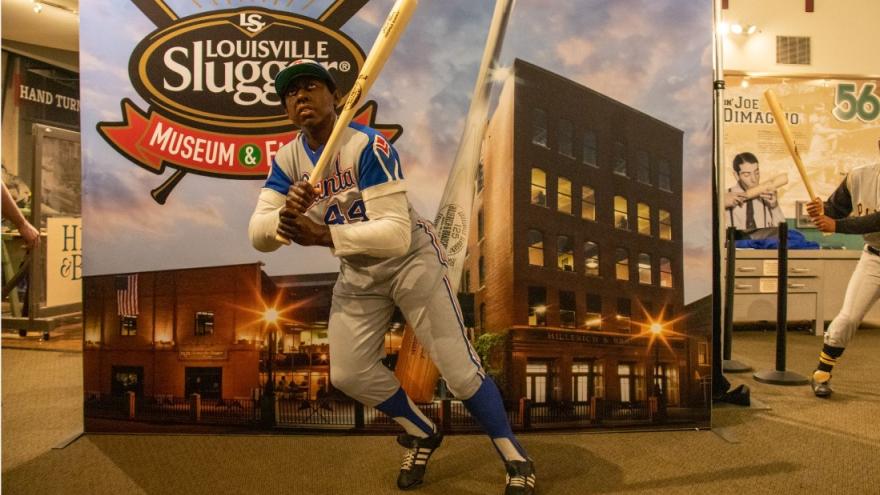 LOUISVILLE, Ky. (CBS 58) -- Today, on June 2, the Louisville Slugger Museum introduced a new sculpture of one of the most iconic players to play the game of baseball as well as a well-known Civil Rights leader.

A Hank Aaron statue was unveiled at 11:00 a.m. today for the famous slugger who spent time with the Milwaukee Braves, which later became today's Atlanta Braves.

Throughout his career, Aaron experienced multiple instances of racial discrimination, playing a major role in his activism in the Civil Rights Movement.

While chasing Babe's home run record, Aaron and his family experienced racial discrimination multiple times. But that didn't stop him from hitting 715 home runs by April 8, 1974.

Aaron played a major role both on and off the field and left a historic mark on the Civil Rights Movement.

The new sculpture will have Aaron in a mid-1970s Atlanta Braves uniform with a classic Braves cap. Aaron's iconic number "44" is on the front and back of the uniform.