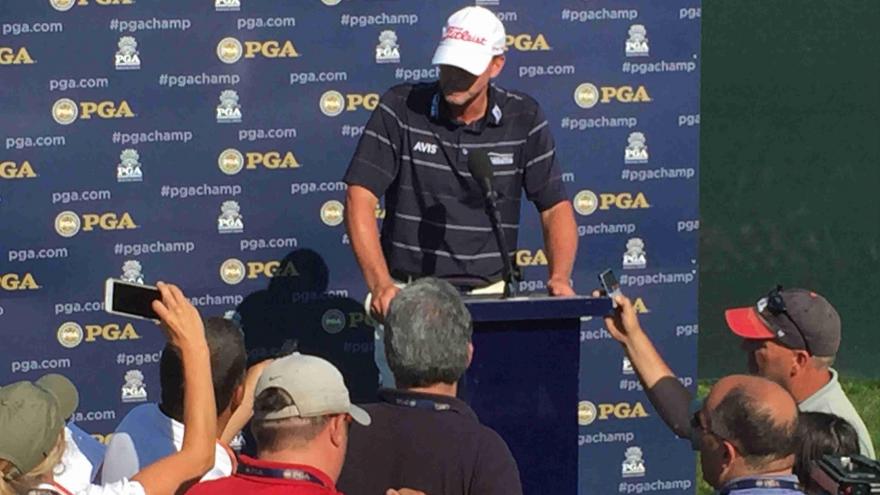 It was a beautiful, sunny day at Whistling Straits Saturday for the third round of the PGA Championship with almost no evidence of the storms that blew through at the end of the Friday’s second round.

Crews worked throughout the evening to restore tents and temporary structures that had been knocked over, not to mention the PGA Championship scoreboard which took a hit as well. But you wouldn't even know there was a storm if you visited the course Saturday.

Fans and players are dealing with a different weather phenomenon Saturday – heat and humidity. Saturday was a truly muggy summer day even on the lake shore, and fans spent time between holes soaking up mist, and drinking bottled water - which tournament officials are letting fans bring in to whistling straits through the rest of the tournament because of the high heat indices.

PGA golfer Rickie Fowler tells us the rain from Friday actually softened the playing surface and helped his game as he finished up his second round Saturday morning then played 18 more holes just a few hours later.

A strong day from Wisconsin's Steve Stricker who finished the round -1, total -2 and tied for 44th.

Jason Day finished Saturday with a 66 good enough to lead the leaderboard. Two strokes behind is Jordan Spieth at 13 under. Branden Grace shot a 64 on the day surging him 12 places now tied for the third with Justin Rose.