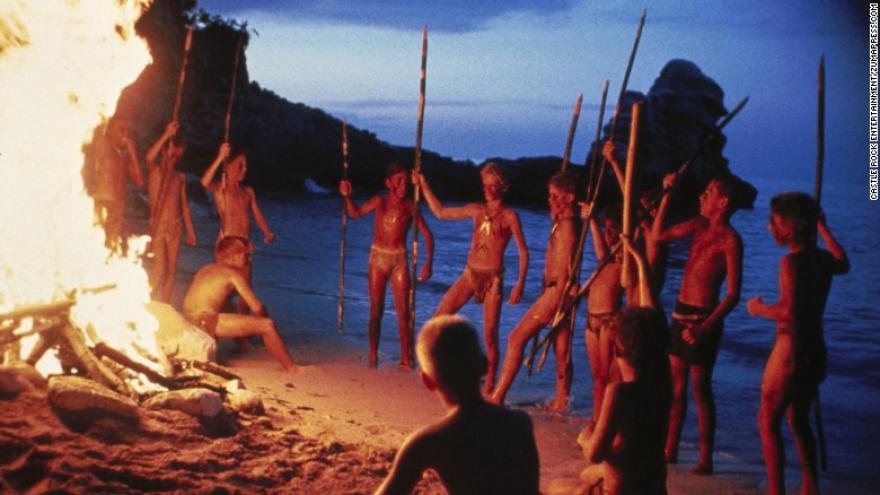 (CNN) A planned remake of "Lord of the Flies" reimagined with an all-female cast has stirred controversy.

Deadline reported that Scott McGehee and David Siegel will write and direct a new version of "Lord Of The Flies," based on the iconic 1954 William Golding novel about a group of boys stranded on a deserted island.

Once there, the group tries to govern themselves with disastrous results.

Siegel told Deadline the plan is to be faithful to the book, which spawned films in 1963 and 1990, but with a contemporary twist of using girls instead of boys.

"It is a timeless story that is especially relevant today, with the interpersonal conflicts and bullying, and the idea of children forming a society and replicating the behavior they saw in grownups before they were marooned," he said.

McGehee said the plot "is aggressively suspenseful, and taking the opportunity to tell it in a way it hasn't been told before, with girls rather than boys, is that it shifts things in a way that might help people see the story anew."

But the idea almost immediately sparked a backlash online with many questioning the project and the wisdom of having two men helm it.

"An all women remake of Lord of the Flies makes no sense because... the plot of that book wouldn't happen with all women," writer Roxane Gay tweeted.

In an undated introduction to the book, Golding, who died in 1993, said he was often asked by girls why he wrote it from the perspective of boys. His response was because he had been a boy.
Golding also said that in writing about society, boy characters worked.

"If you land with a group of little boys, they are more like a scaled-down society than a group of little girls would be," Golding said. "Don't ask me why, and this is a terrible thing to say because I'm going to be chased from hell to breakfast by all the women who talk about equality. This has nothing to do with equality at all."