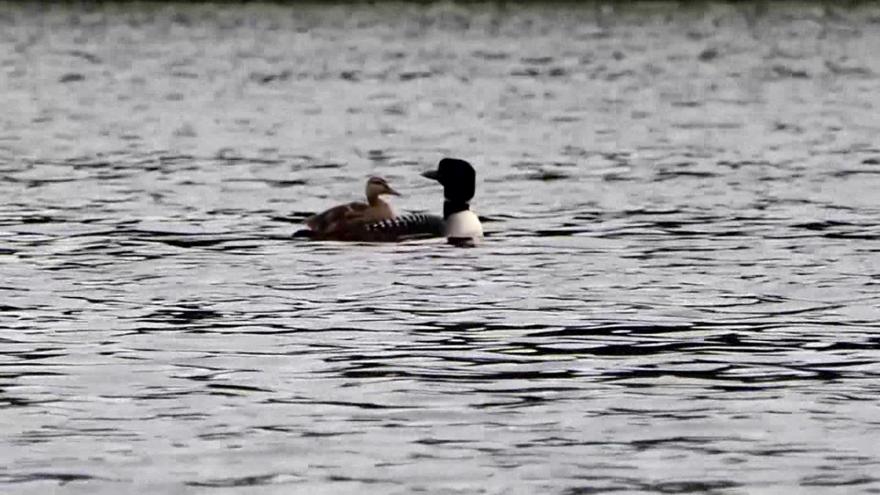 MILWAUKEE (CBS 58) -- A duckling in Wisconsin's Northwoods has new foster parents -- a pair of loons.

Researchers spotted the duck swimming with the loons on a lake between Rhinelander and Minocqua.

They think the loons lost one of their chicks and decided to adopt the duckling after it became separated from its family.

"They're accepting another species, and raising it, protecting it as their own," said Walter Piper of The Loon Project. "And so it's a touching and beautiful, beautiful, heartwarming sight."

Researchers say the duckling has learned some loon-like behaviors, like riding on its parents back and diving in the water for food.