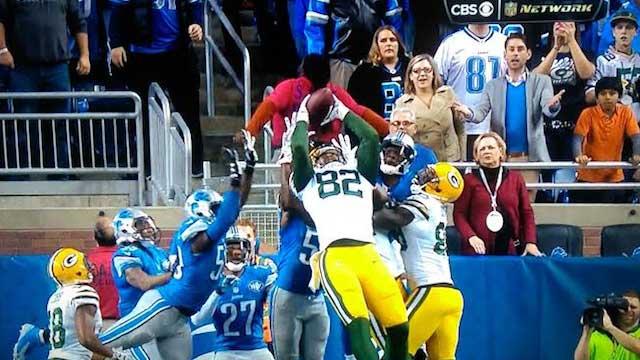 It's the day after the Packers last second 61-yard touchdown pass and social media is a buzz talking about the last call and the Hail Mary Pass.

The NFL on ESPN has polled 11,370 twitter followers on if the face-mask penalty call on the Lions was a good call.

Was the facemask penalty called on the Lions that allowed the Packers' Hail Mary to take place a good call?

Here is a look at other social media reactions.

The Bears will never win a Super Bowl until Aaron Rodgers is dead, and we still have zero proof that he isn't immortal.

Possible look at what Lions fans have been doing since the game ended: pic.twitter.com/OQKdKV7fZT

This is so good. It's like Jim Carrey ripped his heart out on "Dumb and Dumber" https://t.co/nlwCzPzKw1

When you remember you're a Lions fan. pic.twitter.com/HXZfUtQ399