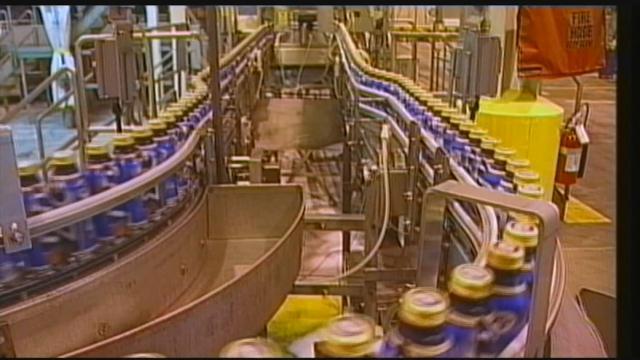 Long-time rival beer brands Miller and Bud would be part of the same team under an agreement reached in principle by their two owners.

This would make the merged company without question the world's largest beer-maker.

They would control about a third of the world's beer market.

The deal still needs to be approved by regulators.

If the deal falls through Busch will have to pay miller a $3 billion penalty.

Busch has been trying to buy Miller for quite some time. Miller turned down at least four other deals from their biggest rival.

CBS 48 chatted with a spokesperson with Miller-Coors before noon newscast and he told CBS 58 it's still going to be business as usual in the Miller Valley, and he also said this is more of a parent company issue.

SAB-Miller is just one of two parent companies for Miller-Coors.

Experts talked to today say this plant here in the, Miller Valley is not going anywhere despite today's deal.

They also said there are many factors at play which will likely stop Anheuser-Busch from combining with Miller in the United States.

If that happened it would mean one company would control 70 % of the US beer market.

Finance professor from Marquette University said it's very unlikely US officials would allow that so he said Miller would have to be immediately sold off.

Even the president of local craft brewery, Milwaukee Brewing Company said Miller will remain part of this city's culture no matter where the parent company is based.

"We can be confident that Miller is going to have a presence in Milwaukee well beyond this deal. We've seen that with all the other moves they've had to make as this industry consolidated. It's… we still have a great water resource and it's a good plant."

In a statement from a Miller Coors spokesman said in part “Miller Brewing Company just celebrated our 160th anniversary in miller valley. And we anticipate being part of the community fabric for many years to come."