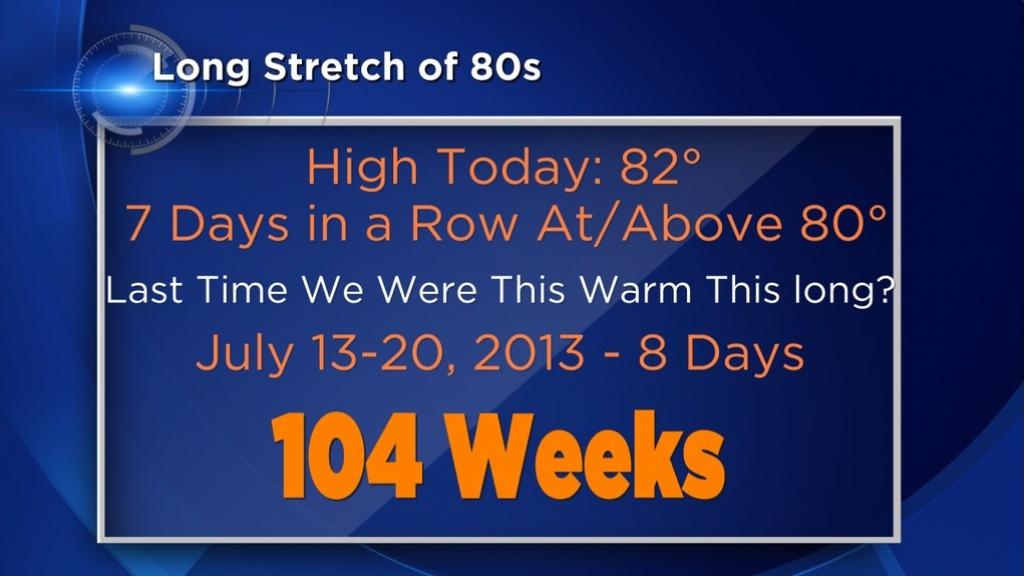 The high temperature in Milwaukee on Thursday hit 83° making it the 7th day in a row at or above 80°! The last time we had temperatures this warm last for this long was back in 2013, almost exactly two years ago where we pulled together eight straight days at or above 80°.

Currently, the CBS 58 10 Day forecast found here. forecasts high temperatures of at least 80° for the next ten days. If that were to verify, it would mean or stretch of at or above 80° days would not stop at seven, but rather increase to 16! If that is the case, it would be the longest streak of 80° temperatures since August of 2010! As of the Thursday afternoon forecast, the upcoming weekend and beginning of next week look plenty warm, but the end of next week looks a bit cooler with temps barely clinging to the lower 80s.

Time will tell, but one thing is for sure - summer is sticking around for at least a little while longer!