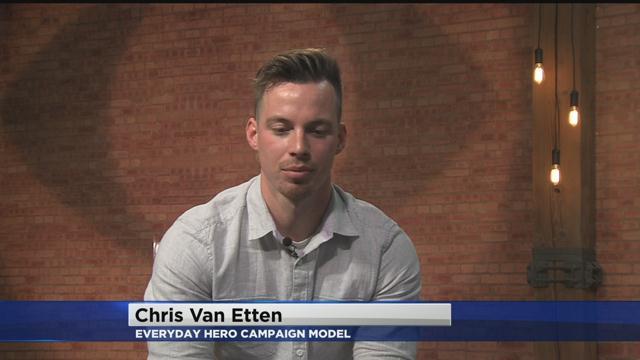 A former Marine and double amputee is the new face of a jockey advertising campaign.

Chris Van Etten lost both of his legs when an IED exploded during a night patrol in Afghanistan.

He had to go through rehab and now has two prosthetic legs.

But to do this day he still works out and plays sports.

He's an inspiration to others making him the perfect every-day hero for the jockey campaign that includes the slogan “Show 'em what's underneath."

He appeared on the CBS 58 morning news today to encourage people to be comfortable with themselves imperfections and all.

"The one thing I want people to take away from this especially is that you can change the world, you just have to believe you can,” said Van Etten.

He also works closely with Homes for our Troops a nonprofit organization that builds homes for severely injured veterans.