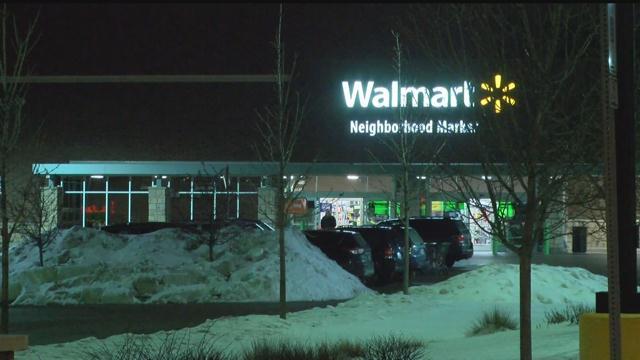 More than 150 Walmart stores shutting their doors, affecting some ten thousand workers.Four of the stores are right here in the Milwaukee area; one in Milwaukee, Wauwatosa, Waukesha and Menomonee Falls.

It's the tale of two cities: a Walmart closing in the very urban midtown Milwaukee and here in the more rural Menomonee Falls. While local officials tell us the closures will impact the communities in their own unique way, everyone's reaction has been the same.

Niki Soni has good reason to be worried; her dad works at a Walmart.

"He's not at this one luckily but its sad hearing it. We shop at Walmart a lot," said Soni.

But Menomonee Falls Village Manager Mark Fitzgerald says Walmart told him that wouldn't be an issue.

"They were going to be able to relocate all or most of the workforce at that store," said Fitzgerald.

But Alderman Joe Davis says it is an issue at the soon to be closed midtown market location; he's worried about how the 270 employees at the store would get to work.

"You still have an issue of transportation. We don't have a comprehensive transportation system and so to get there is another issue," said Davis.

But the two locations do share some similarities. Both are areas that have been redeveloped, both anchored by a Walmart.

"The Main Street redevelopment corridor is something that we've been working on for a decade now. We were very pleased to get the strip center redeveloped and the Walmart Market was the anchor for that center. We're very disappointed this was not good news at all for the village," said Fitzgerald.

Another problem for customers of both stores: the prices. They say there are other stores nearby that they can frequent but they will likely be paying more at those stores.

For now, officials told CBS 58 they'll be working with the owners of both buildings to find new tenants, hopefully stores that will bring as much traffic as the Walmarts did.