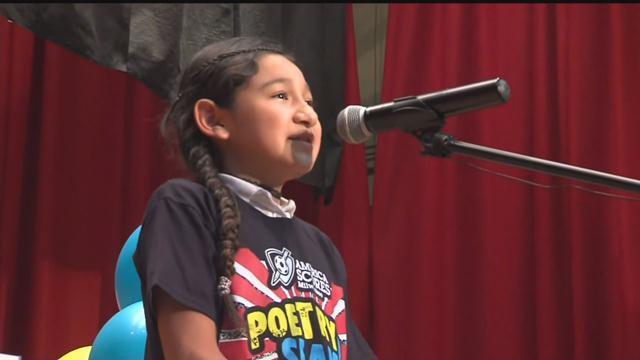 About 140 third through fifth grade students recited their own poetry during the 12th annual America SCORES Milwaukee poetry slam.

The organization helps students in urban schools improve their literacy through creative writing and teaches them teamwork by playing soccer. Leaders say it's a winning combination for student success.

"We reach them during after-school hours which is the most vulnerable for kids there age," said program director Alison Cefalu. "We don't want them going home by themselves or being on playgrounds alone, so we bring them together five days a week. Combine a team atmosphere and a coach and they're getting mentored and have a family feel."

CBS 58's Marshanna Hester was honored to be a celebrity judge at the poetry slam. Thursday's winners will compete next month, vying for two spots to compete in the national competition in the spring. Earlier this year, CBS 58 featured Pashia Bowens as she prepared to compete in New York.

Visit America SCORES Milwaukee's website to learn more about the program and support its efforts.