Local reaction to airstrikes in Syria 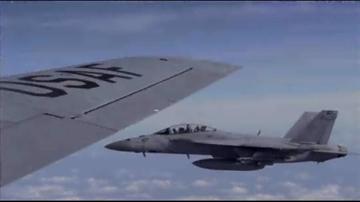 Experts say the strikes we saw over night are not the end of the threat., but are simply the beginning of another long conflict in the Middle East.
The strikes were directed not only at the headquarters of ISIS, but also another organization called Khorasan.

A group the Pentagon says is a direct threat to Europe and America.

Glenn Jeansonne, a UW-Milwaukee history professor, said \"Their specialty is manufacturing, making bombs which they smuggle aboard airliners headed to the United States.\"

Jeansonne says the airstrikes are likely just the start of one of the most important wars of this generation. \"It will take a lot more planning and a lot of sacrifice and it's likely to be a long slug-fest.\" he said.

America didn't carry out the strikes alone, five other Middle Eastern countries joined in; Saudi Arabia, Jordan, United Arab Emirates, Qatar, and Bahrain. Jeansonne says those countries didn't provide much firepower, but did send a strong message. \"Arab solidarity in itself is extremely important. What the Arab allies gave us in last night's attack could probably be called more valuable as moral support.\"

A professor from the Middle East Studies Program at UW-Madison, Jennifer Loewenstein, was not available for an on-camera interview Tuesday afternoon. She wrote in an email, \"This situation is not going to go away any time soon. In fact, I fear the bombing will make it worse.\"