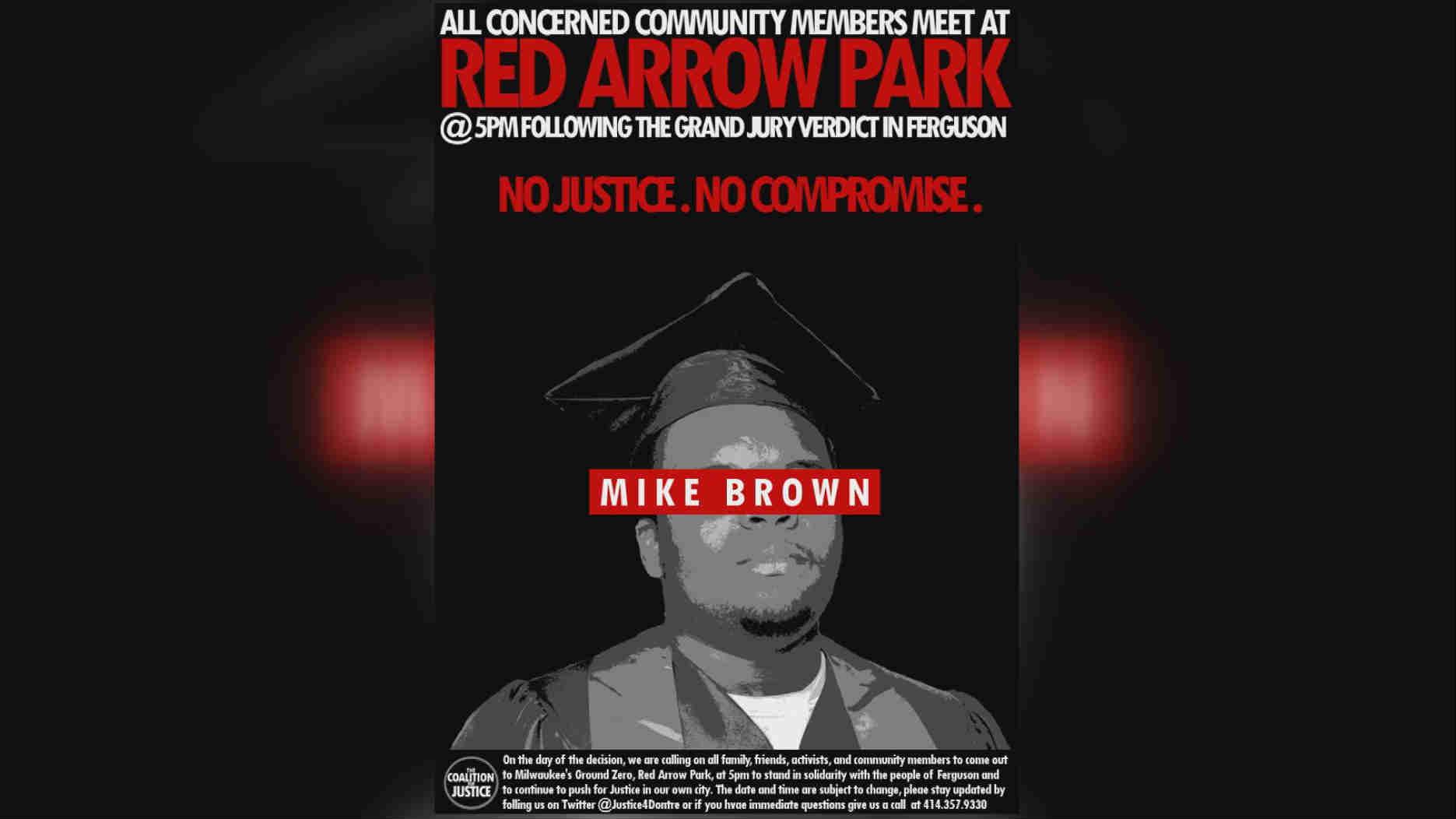 Protesters waiting for a grand jury ruling in Ferguson, Missouri filled the streets this week. Based on the decision you could see a similar scene closer to home.

\"The people that are concerned will come out,\" community organizer Tory Lowe said Tuesday in Milwaukee.

Plans for rallies across more than half of the states urge people to gather in \"solidarity\" of Ferguson. Here in Milwaukee, protests run parallel with waiting on a Dontre Hamilton ruling. Milwaukee Police Officer Christopher Manney shot and killed Hamilton after a confrontation in Red Arrow Park this spring.

\"Milwaukee still has a decision to make,\" Lowe said.

Lowe says the Michael Brown rally will start at Red Arrow Park at 5 p.m. the day of the grand jury decision. The crowd will then march to the Federal Courthouse.

\"We have to reach higher to get the justice we feel we deserve,\" Lowe said.

Lowe is proud that past rallies for Hamilton have been non-violent and expects the same with this rally. But he hopes no one blocks freeway traffic as some did in September.

\"It had its point, but at the same time, you don't want to affect innocent people that had nothing to do with the decision,\" Lowe said.

Milwaukee County Sheriff David Clarke has monitored the events in Ferguson and is prepared for anything.

\"There's no winners in this,\" Clarke said. \"Everybody loses when these things happen.

\"The longer you wait to make a decision, the more pent up energy and anger and animosity and emotion starts to build.\"

\"Ferguson's merits of that case are much different from the Dontre Hamilton case, so I hope [Chisholm] rules on the merits and not emotions,\" Fred Royal, Jr. said.

\"Mike Brown's decision and the decision the DA has to make in Milwaukee has the same affect on the people,\" Lowe said.  \"How they react? I don't know.\"