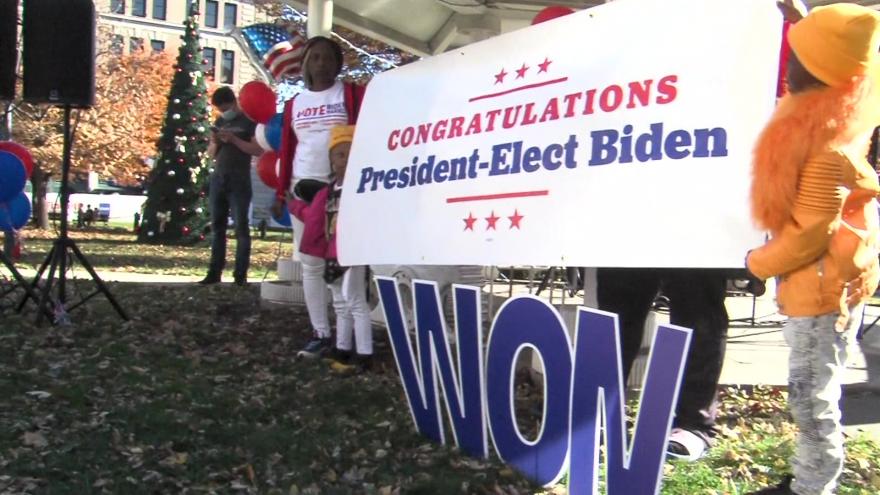 MILWAUKEE (CBS 58) - It was a long, hard-fought campaign for both political parties.

Leaders rallied with supporters Saturday after the presidential race was called for Joe Biden.

Just like everything in this 2020 election, the reactions couldn’t be more different.  Democrats are happy it’s over, while Republicans say it’s not over yet.

“We showed up in the mail-in ballot, and then on Election Day, they thought COVID would stop us,” said Martin.

It’s the kind of celebration that happens at the end of a hard-fought campaign.

“This past election season has been hard, and I think whether you’re talking to Wisconsinites or just Americans in general, they’re ready to move forward,” said Sarah Godlewski, Wisconsin State Treasurer.

But Republicans say, not so fast. “I know the process isn’t over,” said Rick Baas from the Milwaukee County Republican Party.

Republicans rallied their supporters as well.  They talked about this election not being over just yet, and said Trump voters aren’t convinced it was fair.

“All these people are concerned with their votes weren’t counted, it’s nice to come here and reassure them that we’re not at that point yet,” said Baas.

The president has flat out said, without proof, this election is corrupt, and his followers want to make sure it isn’t.

“If we lose, we lose,” said Baas, “if we think we were somehow cheated because the rules weren’t followed, people are going to get upset, so this is a good pressure relief valve.”

They are encouraging their supporters to get involved in the vote canvass.

Democrats, on the other hand, are looking ahead.

“I think if there’s one thing that Wisconsinites can be proud about is that their vote counted and our process works and is honest,” said Godlewski.

If the president wants a recount in Wisconsin, the deadline to file is Nov. 17.