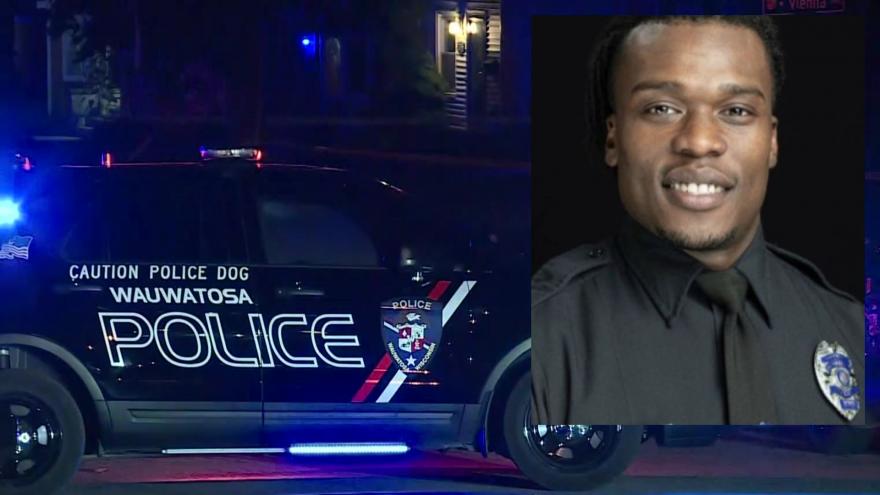 WAUWATOSA, Wis. (CBS 58) -- Officials are speaking out after the announcement Wednesday that suspended Wauwatosa Police Officer Joseph Mensah will not face charges in the deadly shooting of Alvin Cole on Feb. 2.

The Wauwatosa Police Department (WPD) released a statement Wednesday evening backing the decision of the Milwaukee County DA's Office. Chief Barry Weber called Cole's death a tragedy, and said the department sympathizes with his family as they continue to grieve his loss. "Police officers are put into difficult situations that require a decision to be made in fractions of seconds," Chief Weber said in a press release. "The Milwaukee County District Attorney's Office has concluded that Wauwatosa Police Officer Joseph Mensah's decision to use deadly force on February 2nd was justified and reasonable according to the legal foundation of the laws of our state."

Wauwatosa Mayor Dennis McBride issued an emergency declaration Wednesday, noting in a statement that "given recent events in Kenosha, Louisville, and other cities around the country, it should be clear that we all must do everything we can do keep our community peaceful. Violence is not the answer; it only impoverishes communities and brings more pain and despair."  He says since mid-July, the Wauwatosa Police Department, fire department, and Governor Evers have been preparing for the district attorney's decision, and "will protect the lives and property of all residents and businesses while continuing to protect the constitutional rights of people to engage in peaceful protests."

In a statement, he said in part:

"This is a time for quiet reflection. Regardless of a person’s opinion about the District Attorney’s decision, the Cole family has lost a son and a brother. Many years ago, on the day that Dr. Martin Luther King, Jr., was killed, Senator Robert Kennedy, who knew the pain of untimely deaths in his family, called for peace. He said: 'What we need in the United States is not division; what we need . . . is not hatred; what we need . . . is not violence or lawlessness; but love and wisdom, and compassion toward one another. . . . We can do well in this country. We will have difficult times; we've had difficult times in the past; we will have difficult times in the future. . . But the vast majority of white people and . . . black people in this country want to live together, want to improve the quality of our life, and want justice for all human beings who abide in our land. . . Let us dedicate ourselves to that, and say a prayer for our country and for our people.'

I ask all people, regardless of their viewpoints, to remain peaceful and calm as we work our way through this difficult time. We all must keep each other safe."

“Our hearts and prayers remain with the Cole family as they continue to cope with the loss of Alvin Cole. All summer the community has grieved the Black lives taken from us too soon and asked for a swift change in police oversight and accountability.

Municipalities must act quickly to adopt the tools and best practices that increase police accountability, like body cameras. We can’t put a cost on human lives or delivering justice to communities of color. We must put our money where our mouth is and take the steps to invest in the protection and success of our Black residents.

After Jacob Blake was shot seven times in the back by a Kenosha police officer in August, Governor Evers called the state legislature into a special session to take action on a package of bills aimed at increasing police accountability and transparency. The state legislature must recognize the urgent need for action so Black residents feel safe in their neighborhoods. The legislature should convene to seriously consider these bills, several of which are backed by the Wisconsin Professional Police Association showing that there is a general agreement between the community and law enforcement on the need for meaningful action.

The impact of centuries of oppression can’t be undone overnight, but the time for change is always now, and there are steps we can immediately take to increase police accountability, better serve justice for Wisconsinites, and possibly save lives. We know reform alone isn’t the sole solution to our problems but listening to the people’s call for action doesn’t mean kicking the can further down the road. The call to value Black lives means taking whatever practical steps we can to implement change, seek justice, and ultimately transform a system that continues to cut Black lives short.”

“Tragedies like these have happened too often," Congresswoman Gwen Moore said in a statement Wednesday. "It's incredibly alarming that this police officer has been involved in the fatal shootings of three people. What is clear is that we need greater accountability and transparency in policing. This must include mandatory body cameras, psychological testing, de-escalation training, and other key reforms.”