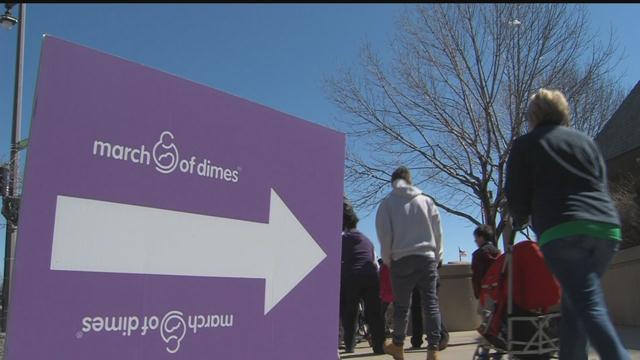 About 381,000 babies are born premature every year in the United States. According to March of Dimes, premature birth is the number cause of death for infants. That's why CBS 58 is a proud sponsor of March for Babies.

Ahead of the annual event, CBS 58 Morning News Anchor Kate Chappell sat down with a local family to talk about their experience with premature birth. Liz Kogler is a critical care nurse. She never expected it could happen to her family, until her son, Liam, was born 11 weeks early.

"He was initially on a ventilator. He was intubated in the delivery room. The first time his dad and I were able to hold him was actually at 7 days old after they cleared him from having any brain bleeds. It just wasn't a typical experience. You go from being very scared of your child to all of a sudden watching this incredible journey. He was born at 3 pounds, and we got to see him learn how to drink out of a bottle and breathe on his own," said Kogler.

Today, Liam is 3 years old.  Kogler says he had to overcome some problems with his speech, and he still has some challenges during viral season. Kogler says because his lungs were under-developed, he has frequent bouts of pneumonia and bronchitis. Overall, she says he's doing well.

Since his birth, Kogler and her family have become supporters of March for Dimes. Year after year, the family walks for the cause.

March for Babies is Saturday, April 30, at Veteran's Park along Milwaukee's lakefront. The walk starts at 10 a.m. and registration begins at 9 a.m. To learn more about the event or how to register, click here.