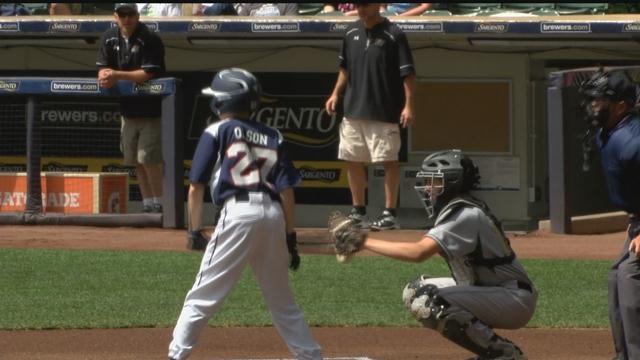 Talk about a field of dreams.

Eight local Little League teams got to spend the day playing on the big field at Miller Park on Friday.

The day started off with the Muskego Avalanche taking on the Greenfield Hawks.

Sam Olson is a seventh grader who plays for the Avalanche. He couldn't believe that he got to spend his day where his favorite player, Ryan Braun, comes to work all season with the rest of the Milwaukee Brewers.

His parents, Michelle and Ryan Olson, told CBS 58 that playing Miller Park has been on his "bucket list" since he was a little boy.

"Ever since we found out we were gonna play Miller Park, that night he couldn't sleep," said Sam's mom. "It's just, watching someone live their dream."