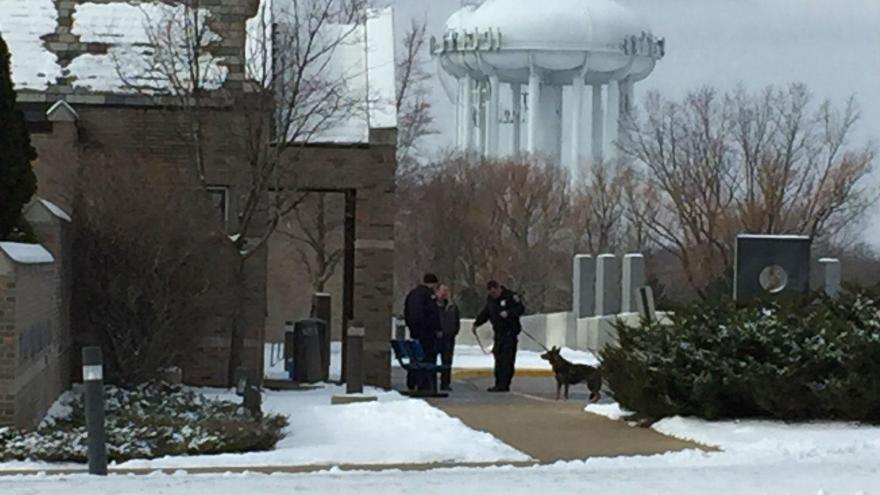 After yet another phoned in threat to the Jewish Community Center in Whitefish Bay on President's Day, The Jewish Community Relations Council of the Milwaukee Jewish Federation  drew a direct correlation with a rise in Anti-Semitic Activities to the Presidential Election.

The Jewish Community Relations Council of the Milwaukee Jewish Federation has just completed its 2016 Audit of Anti-Semitic Incidents. Mirroring a dramatic rise in anti-Semitism across the globe and increased acts and expressions of bigotry surrounding the U.S. presidential campaign, last year included an extraordinarily high number of local anti-Semitic incidents.

“The rhetoric around the presidential election not only legitimized bigotry against all minorities, as we’ve seen through a variety of statistics, but also included specific coded and overt anti-Semitic expressions. That climate on the national level affects the local community too,” said Ann Jacobs, chair of the JCRC’s Anti-Semitism Task Force.

“We should all be vigilant against this rise in hate and extremism. We see from history that when communities allow people to be targeted based on their race, religion, ethnicity, gender, sexuality or other identity markers, terrible things can happen,” said JCRC Director Elana Kahn.

While we know that many incidents go unreported, we have observed a Jewish community that feels increasingly targeted through harassment, vandalism, and expression, both written and verbal. A few trends are worth noting:

o   We note continued anti-Semitic harassment and verbal expressions among middle and high school students, which often takes the form of jokes, pranks, teasing and bullying. Last year, there were more reports of anti-Semitism on college campuses.

o   There were increased incidents of swastika graffiti on public and private property.

o   After many years of more guarded and coded language, we note an increase in outright anti-Semitic slurs. We will continue to monitor this.

The JCRC strongly encourages individuals and institutions to report all incidents. We ensure full confidentiality.

The audit findings are as follows:

All incidents have been corroborated. This report does not include unconfirmed reports.

Local attorney received an email from a man who threatened to kill the attorney and his son and said "One less Jew in a law office the better."
As an Orthodox family sat in their yard, a car with three men passed. As the passengers yelled “Fucking Jews” repeatedly, one of the men stuck his naked rear out of the window and shouted, “Like my ass, f***ing Jews?”

A Jewish family whose children endured ongoing anti-Jewish bullying in a west suburban high school had an unexploded grenade firework placed, seemingly carefully, as a threat on their porch.
A Jewish high school student in a west suburb was taunted during a cross country practice with Nazi-related language.
Written and Verbal Expression

An anti-LGBT comment on a social media post referred to the poster’s Jewish identity, using Jewish stereotypes and tropes about Judaism as legalistic.
Comments on a Milwaukee Journal Sentinel article about the Shorewood sculpture, Spillover II minimized Jewish concerns, referring to violent and aggressive “anti-Semite police.”

Social media post about an incident at a local university with a miniscule Jewish student body was followed by comments such as: “[This university] caters to the rich Jewish kids of Milwaukee,” “I HATE Zionists,” and “Is it any surprise that [this university] is in league with Zionists.”
A student at a high school in a small village in Washington County engaged in persistent bullying of a Jewish student, calling her names like “salty fucking Jew.”

During a talkback of a film that was critical of Israel, speakers spoke of a conspiracy of Jews controlling the US government and asked for advocacy to “undo the harm and lies that have been perpetuated by the Jews on the world.”

Holocaust denial: In an email to a local Jewish organization that was hosting Holocaust scholar Deborah Lipstadt, a well-documented Holocaust denier asserted that the David Irving trial did not prove that the Holocaust actually took place.
A high school student commented: “We have to get rid of the Jews once and for all.”

On a local morning radio, a caller referred to a Jewish guest, employing a conspiracy theory about Jews and Jewish power, and asserting that Jews are duplicitous.

A promotional article about a local Jewish institution highlighted its strangeness based on its Jewish culture. That article was then published by a third party company as part of a training booklet.

Comments on a social media post about Presidential candidate Hillary Clinton evoke classic anti-Semitic tropes about Jewish conspiracies, the evil of Zionism and Zionists, and Jewish control, including: “Hillary works for the bankers and Rothschilds and the Rothschilds have plans for you.”
During a mock election at a North Shore middle school, several students taunted Jewish students by saying that planned to write in Adolf Hitler as president.

On social media, a student in a west suburban high school posted to a Jewish student: “You people are no good taxers and bankers who live for the fresh smell of money and will do anything to get your hands on it….”
A student gave a Jewish student illustrations of Hitler saying “Happy Hanukkah!” and of a reindeer with a swastika and Hitler moustache who was doing the Nazi salute.

Anti-Semitic posters were sent to printers at UW Madison and Milwaukee. The posters referred to a neo-Nazi website, Daily.Stormer.com, and included two swastikas framing the sentence, “White man, are you sick of Jews ruining the world….”

A college student displayed a swastika on her computer in a university library.
A man walked in downtown Milwaukee wearing a Nazi flag.

A student in a UW Madison dormitory posted swastikas and pictures of Adolf Hitler on a Jewish student’s door.

A spate of at least 17 incidents of graffiti of white supremacist symbols were found at the UW Madison campus. Two were on or near institutions that served Jews. Madison Police categorized the incidents as hate crimes.

Graffiti on an observation tower of a state park said, “Hail Hitler. Kill the Jews.”

Swastikas spray painted on a bridge in Washington County.

Swastika drawn onto a desk at a North Shore high school.

Swastikas spray painted on the sidewalk in a North Shore suburb.

Swastika spray painted on the side of an abandoned public school building in a far west suburb.

A Jewish student’s locker at a north suburban high school was defaced with swastika graffiti.