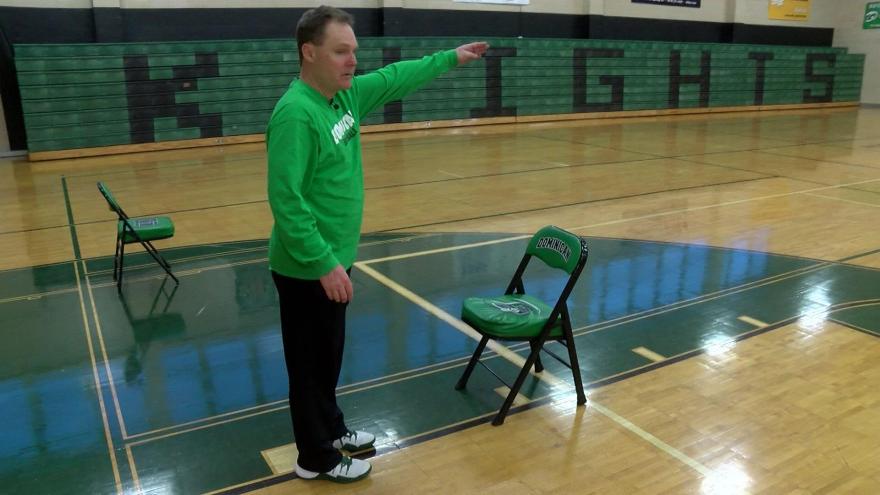 The Badgers Basketball run is bringing back tournament memories from 17 years ago.

This past weekend the number eight seeded Badgers beat number one seeded Villanova. Back in 2000, the same thing happened with Arizona in the second round. That year the badgers would go on to the final four. And that kind of athletic performance isn't easily forgotten.

It's probably no surprise to you that high school basketball coaches try to watch as much March Madness as possible, not only because they're fans of the game, but also because they'd like to see what works on the court and what they can put into practice on their own teams.

"Meanwhile, I passed it. I'm coming down to screen for him."

Jim Gosz shows the "Wisconsin Swing Offense" using folding chairs. As coach of Dominican High School's Basketball Team, he explains how the strategy keeps the ball moving from one side of the court to the other.

"I think a lot of people incorporated that into their system. Greg has taken the swing but I think he's a little more flexible in the swing than Bo was."

He's talking about Greg Gard, Bo Ryan, and the Badger Basketball Team. Their consistent-winning strategies mean some high schools have tried to emulate parts of their playbook - on display at the NCAA Tournament.

Bo Ryan brought the Wisconsin swing offense with him from UW-Platteville...to UWM...to UW-Madison where Coach Card continues, in some fashion, that same style of play today.