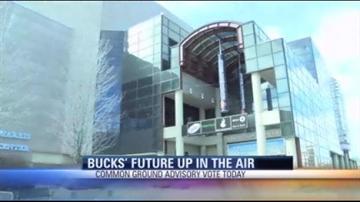 MILWAUKEE -- One local group is demanding \"Fair Play\" in addressing the possibility of using public money to fund a new arena for the Milwaukee Bucks.

Organizers for Common Ground, a community organization, started the Fair Play campaign in opposition to using public funds to support a new Bucks arena without money being used to support public athletic facilities for playgrounds and children.

If the Bucks get a great place to play, then kids get great places to play, campaign organizers said in a release.

\"I think how we use our public money says a lot about what our priorities are,\" Jennifer O'Hear of Common Ground's Fair Play said.  \"If we as a community are able to find the political will to raise taxes for a new arena for the Bucks...what kind of message would it to our kids if we weren't so able to raise money to upgrade their play spaces.\"

About 500 Common Ground members and supporters will meet at Hamilton High School Tuesday at 6 p.m. to tour the Hamilton Athletic Field, followed by a 7 p.m. assembly where members will vote on support for public funding for a new Bucks arena.

UPDATE: About 600 members of Common Ground voted on the resolution Tuesday night, and 95-percent voted in favor.  Common Ground will not support any public funding of a Bucks arena without the $150-250 million investment in Milwaukee County youth athletic spaces.