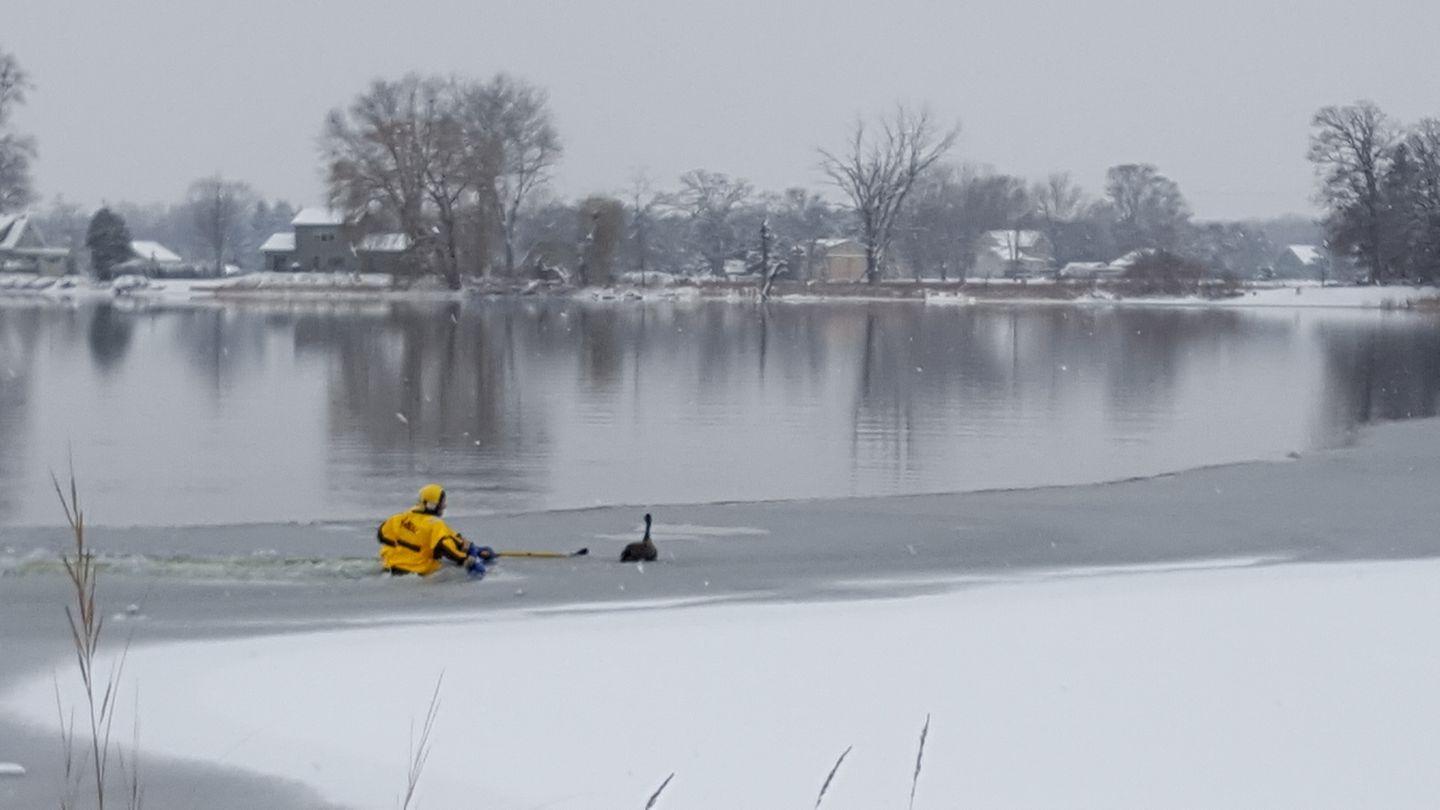 The Dousman Fire District and Summit Police Department responded to our first ice Rescue incident of the season Sunday at 2:15 on Lower Genesee Lake. A Canadian goose was seen approximately 100 feet off the shore laying on the ice and appeared to be injured.

The goose had been on the ice since early morning and residents had called in regarding its condition.

At one point someone had walked onto the ice and attempted to rescue the goose themselves, but it appeared they fell through the ice prior to reaching the goose.

Members of the Dousman Fire District went onto the lake in specialized suits and we're tethered to shore with Rescue Ropes to make sure there wasn't a person in the lake.

Residents told officials they saw someone walk onto the ice and fall in but then they were able to get out of the water on their own.

The goose was rescued from the ice by firefighters and was taken to the Wildlife in Need Center by a local resident.