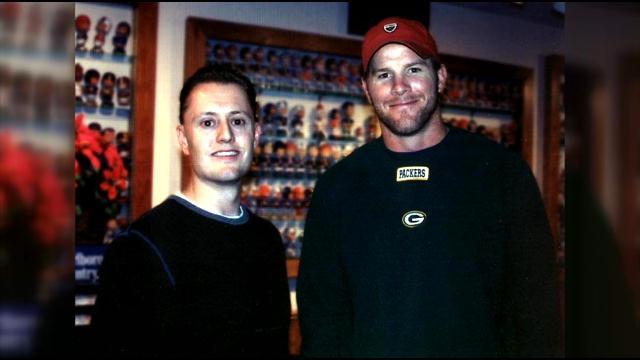 Every single Packers fan can think back on their special moments of Brett Favre on the field.

CBS 58 spoke with a local business owner who also had the opportunity to work with Favre off the field.

Jeff Lemieux is the owner of Jeff’s Sports in Brookfield.

Lemieux tells CBS 58 he started a business relationship with Brett Favre during his days in Green Bay.

The former NFL quarterback signed helmets, jerseys, and other memorabilia that Lemieux sells at his Brookfield store.

Lemieux shared some of his specials of Favre on the field which includes his first win as a Green Bay Packers, and his first touchdown pass in Super Bowl 31.

Lemieux describes Favre as an everyday kind of guy, and he’s more than happy to see his favorite quarterback inducted into the Packers Hall of Fame on July 18th in Green Bay.

\"As a fan you related to him, blue collar type of guy, never wanted to miss a game,” said Lemieux. “He was almost part of your family. It's great to see him coming back amend the fences with the Packers.\"

There is a lot planned this weekend in Wisconsin.

Favre will also have a flag football game on Sunday in Madison that will include several of Favre’s NFL friends.