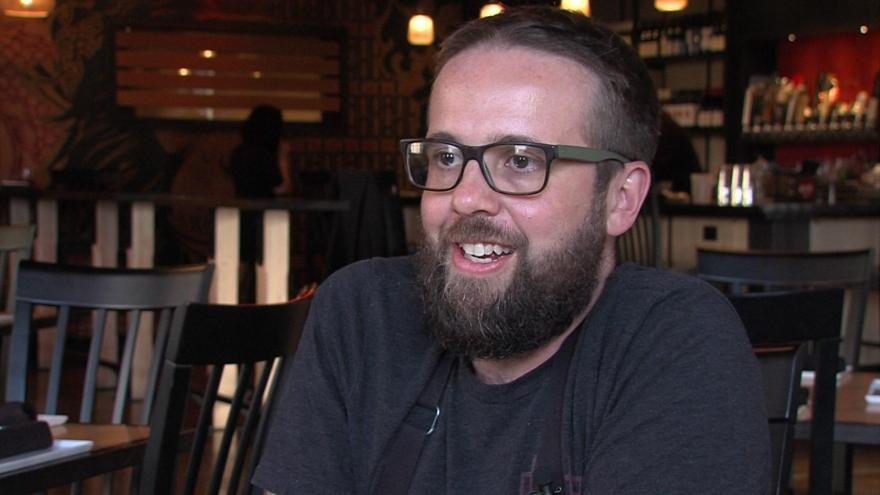 On this day inside Dandan, it's a good day for chef and owner Dan Jacobs.

His hands are working well enough to chop up scallions for the night's dinner service. The challenge this time is his voice.

"I'm not calling tickets today," he said. "Won't be a whole lot of yelling."

It's one of the symptoms of Kennedy's Disease, affecting the muscles in his body that make it hard to move. But, he says the hardest part is not knowing what to expect day-to-day.

"It's not like in five years you're not going to be able to do this or 10 years," he said.

On Sunday, March 12, Jacobs is bringing more than 30 of his fellow chefs together for a fundraiser, Dim Sum - Give Some. All the proceeds will benefit the Kennedy's Disease Association. There is no treatment or a cure.

"At least it's bringing awareness to the problem," said chef and owner Dan Van Rite. "Hopefully it'll bring more knowledge to people about it."

Jacobs said his brother also has the genetic condition and so does his 14-month-old niece. He said females are mostly carriers of the disease.

"She might not show symptoms at all, but she will have a difficult decision to make in life whether or not she's going to have children because she will pass this on to them," Jacobs said.

For now, Jacobs said his team and wife keep him moving forward, focused on what he can control instead of what he can't.

The Dim Sum - Give Some fundraiser will be held at the Italian Conference Center from 3-6 p.m. If you can't get them in advance, $50 dollar tickets will be sold at the door. For more information, click here.