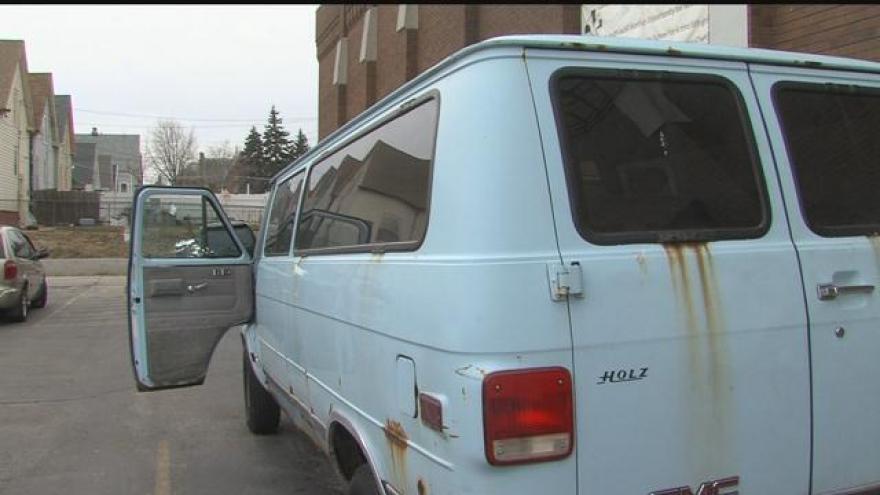 Some of it was scattered on the floor of the vehicle belonging to Boy Scout Troop 11.

"I felt kinda of sad you know, because we were going to sell that and raise money to go on some trips and do merit badges," said member Ricardo Gonzalez.

But those efforts are on hold after someone stole their van earlier this week. It was parked in this church lot near Layton and Scott where the group meets.

Antczak, the scout master, said he leaves it without gas.

"It's always usually deterred somebody from taking it," he said.

Antczak said he found the van at 19th and Clybourn a day later, with a parking ticket on it from the Department of Public Works.

"It was a blessing to get it back, but it's damaged beyond knowing now," he said.

There's a flat tire, the rear axle is broken and a dent near the tail light. The steering column was peeled back too.

"You have to use a sharp instrument to pull this device back and it'll start the vehicle," said Antczak.

Boy scouts tossed the trash the thieves left behind, including empty cups and potato chip bags. Antczak said the keg found inside the van was taken by Milwaukee police.

"It sucks," he said. "I really just think it's joyriding."

Boy Scout Troop 11 is the oldest in the state of Wisconsin. You can help them by donating to a Go Fund Me account.

CBS 58 has also reached out to DPW to see what will happen with the parking ticket. As soon as we get an update, we'll let you know.