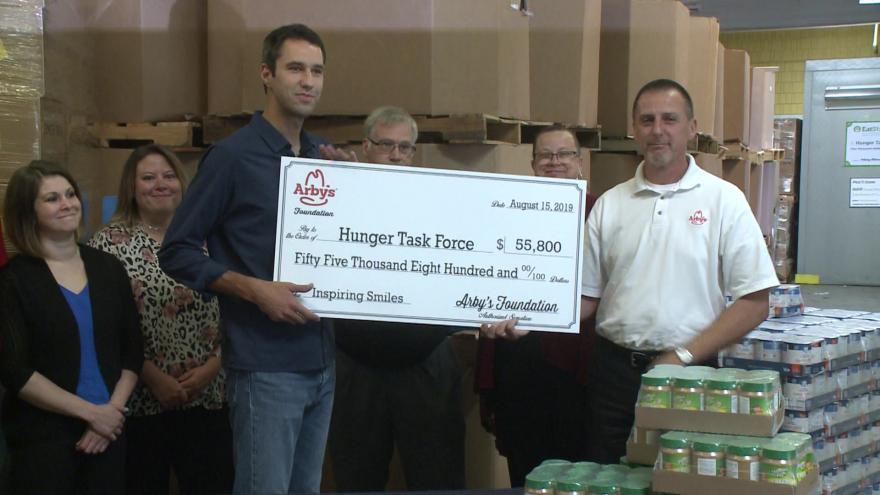 It's part of an ongoing, annual in-restaurant fundraising program called the "Make a Difference Campaign".

Hunger Task Force is the first-ever Milwaukee recipient of the campaign.

"Over half the people that we serve are children, so the funds from Arby's are going to go to feed kids here during the summer, the peak time for childhood hunger," said Jonathan Hansen of the Hunger Task Force.

The Make a Difference Campaign raised nearly $6 million in 2018 as part of a nationwide effort to support children and their growing futures in their communities.