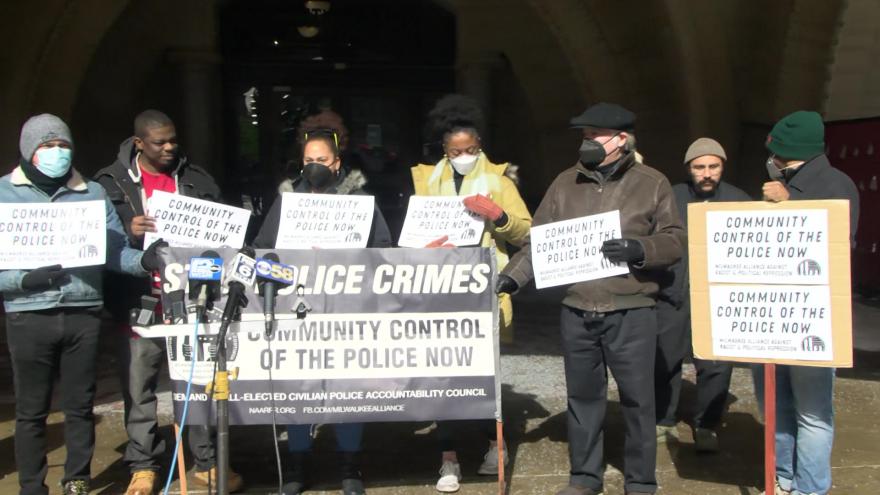 MILWAUKEE, (CBS 58) -- On Feb. 25, activists demanded a change in policy from the Milwaukee Fire and Police Commission on what they're calling "police misconduct".

"The fact we have had so many murders and state sanctioned violence at the hands of police and asking for basic transparency, this is a no brainer for the Fire and Police Commission," said one local activist.

The Milwaukee Alliance Against Racist and Political Repression want a policy that guarantees footage of officer misconduct be released within 48 hours.

They also want a policy that ensures the names of the officers involved in misconduct to be released within 24 hours.