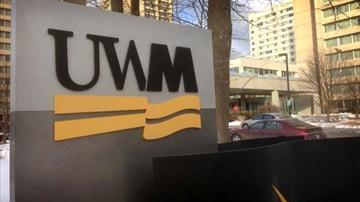 MILWAUKEE - Three people are under arrest for suspicion of burglary inside the UW-Milwaukee dorms. One is also suspected of having a loaded handgun that was reported stolen. Police were called to the Sandburg Hall dorms early Sunday morning after a student reported his roommate had a gun in their room. The dorms do not allow firearms. When police arrived, they found the loaded weapon that had been reported stolen. They also found a number of electronics that didn't belong to either roommate. It's believed between 15 and 20 dorm rooms were burglarized. The male suspects were identified and arrested early Sunday inside the North Tower. Two of the suspects are 19 years old the third is 17. At least two of them are UW-Milwaukee students.