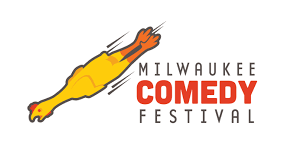 The Milwaukee Comedy Festival, Wisconsin’s largest comedy event, will take place August 4-7 and features national and regional live stand up, improvisation and sketch comedy shows. The annual festival features performers from across the country and will take place at Next Act Theatre August 4, 5, and 6, 2016, and  closing on August 7th at Turner Hall Ballroom with stand up comedian and best selling author Jen Kirkman headlining the final night of the fest.

An official Kick Off Event, at Lakefront Brewery will offer an additional day of laughs on Wednesday, August 3, 2016, and feature some of Milwaukee’s top comedic talent and several special events will also be at various locations in Milwaukee. 12 different shows and special events in the first week of August will be a part of the 2016 Milwaukee Comedy Festival.

The Milwaukee Comedy Festival was founded in 2006 and this year celebrates 11 Years of Laughs with some of the best comedy from all over the world!