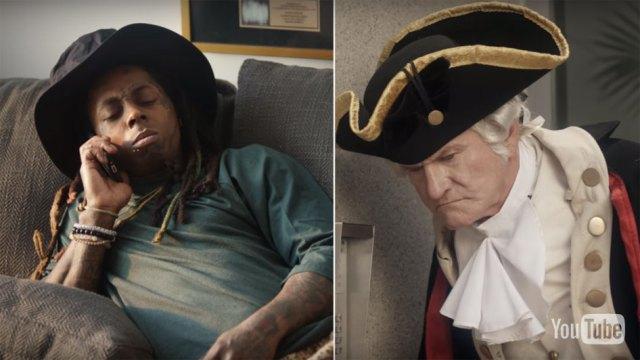 Lil Wayne will star in an advertisement for Apartments.com this year, his co-star, President George Washington.

In a teaser released today, Lil Wayne and his presidential pal discussing the status of a “bun run.”

The commercial will air during the Super Bowl on February 7th on CBS 58.