Lightning suspected cause of fire in Whitefish Bay Wednesday morning 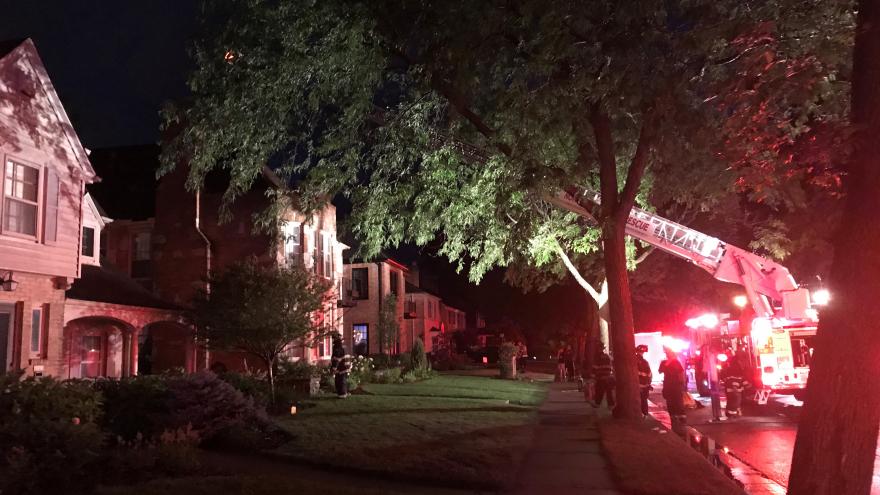 Wednesday morning at approximately 3:32 AM North Shore Fire/Rescue responded to 4831 N. Oakland Avenue in Whitefish Bay for smoke in the attic of his home after the resident heard a loud bang.

On arrival, firefighters found a three-story duplex with fire in the attic. The crews initiated an aggressive offensive attack and quickly brought the fire under control. All occupants from the upper and lower unit were able to evacuate safely prior to the arrival of fire personnel.

One family pet from the lower unit was able to safely evacuate with them at the time of the fire. A second pet, a cat, was located hiding by the tenant after extinguishment was complete. The cat was also unharmed.

There is significant fire, smoke and water damage to the third floor and attic space of the home. Additionally, the first floor tenant also has moderate water damage from the firefighting efforts. Damage to the structure and contents is estimated at approximately $75,000.

It appears that lightning from storms moving through the area struck the house, causing the fire in the attic space of the home.