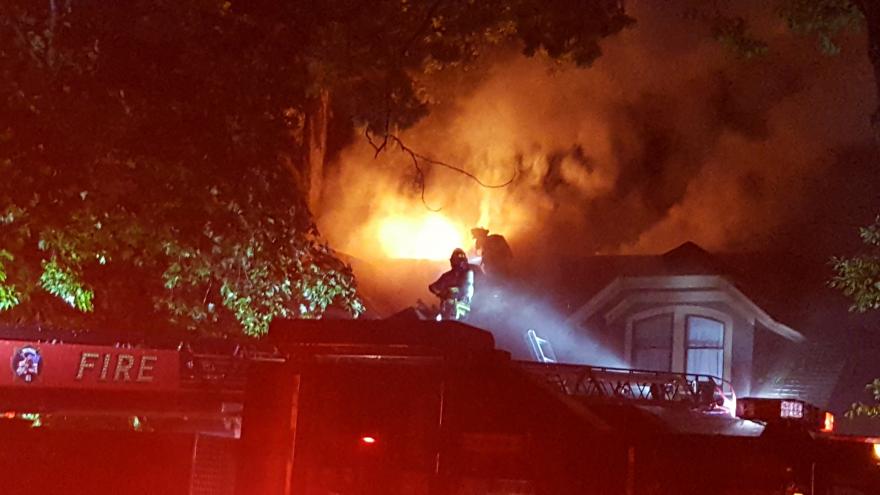 The fire was extinguished and placed under control in a half hour.

The homeowners told officials they heard a loud noise and bright flash which they assumed to be a lightning strike near their home. After noticing smoke in a 2nd floor bedroom, they evacuated the home and called 911.

The home suffered significant fire damage to the roof and second floor and water damage throughout.

The exact cause is undetermined but was likely started by a lightning strike to the roof of the home. The fire does not appear to be suspicious in nature and the investigation has been closed by the Fire Marshal.

No injuries occurred as a result of this fire and initial damage estimates to the home and personal property is $155,000.