NOW: Light snow possible for the weekend and still a chance for a White Christmas

Snow. We haven't seen much of it so far this season. Our biggest snowfall for many came a few days before Thanksgiving when some inland and western counties saw up to 2" but lakeside spots like Milwaukee only saw a few snowflakes. So far this season Milwaukee has only picked up 0.3" of snow with a tenth falling at the end of October and 0.2" falling this past Sunday with some lake effect snow showers. That 0.3" is exactly 4.5" below average and well below the amount of snow we had seen by this point in the season back in 2019. 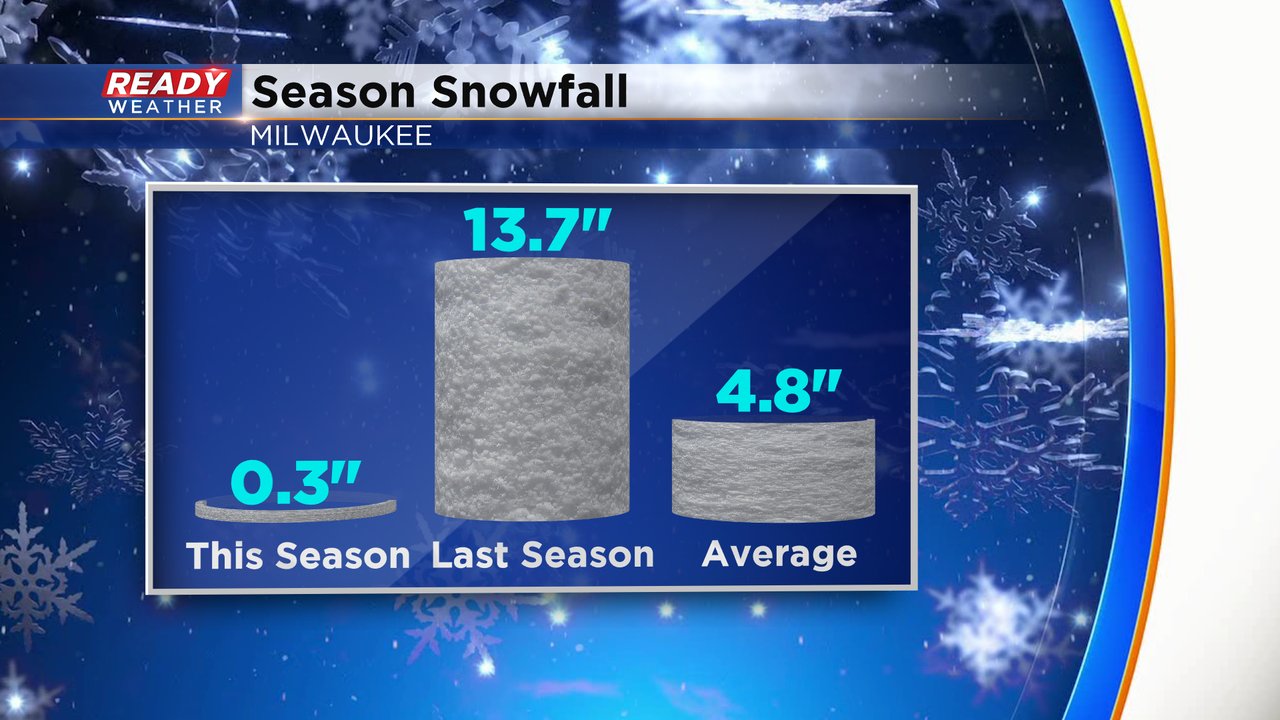 The second half of December as we approach the holidays is when most of us are ok to see some snow. For the not too early (but maybe too early) White Christmas forecast I'm giving us a 47% chance. That 47% is cheating a little bit since that's actually our historical average of a White Christmas in southeast Wisconsin. A White Christmas is officially defined as 1" of snow on the ground and doesn't matter if snow actually falls on December 25th or not. 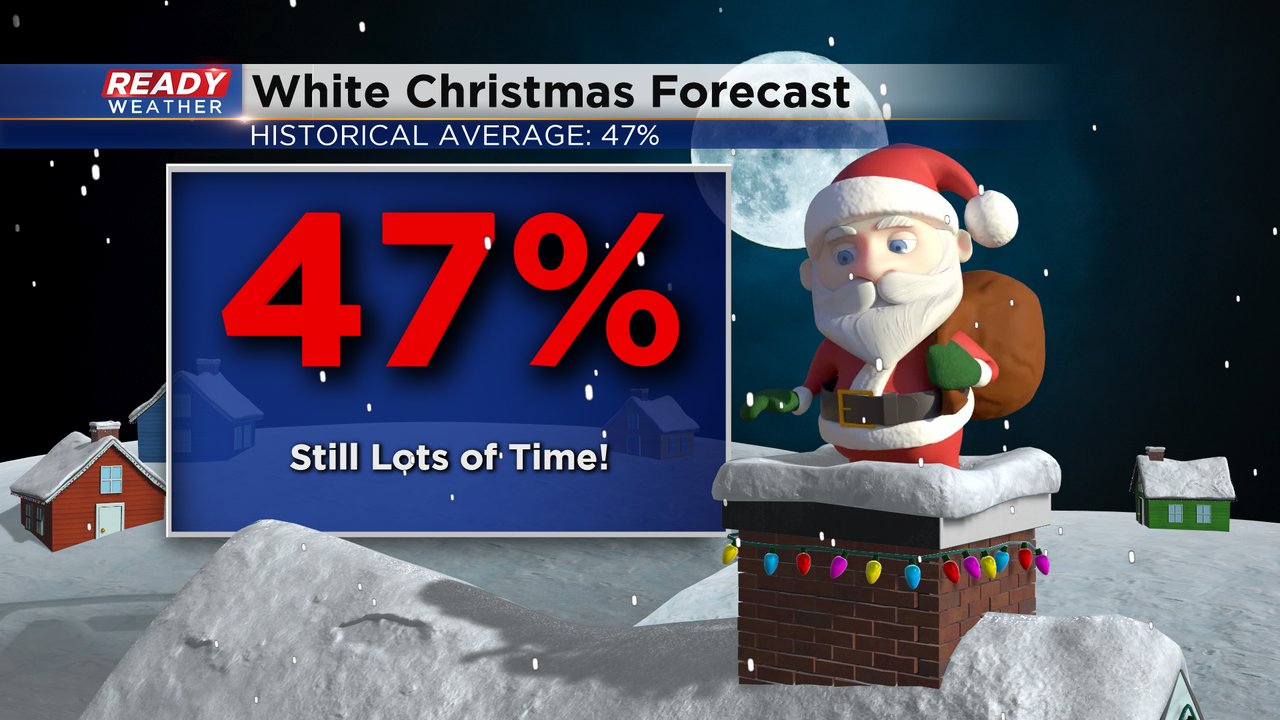 It does look like our mild stretch of weather will continue with continued chances for above-average temperatures just before Christmas. Even with temperatures staying mild, upper 30s are still cold enough for snow to fall so long as temperatures in the middle levels of the atmosphere are below freezing. Our next chance for snow will arrive this weekend. A storm system will approach from the southwest and arrive on Friday with rain showers before switching over to snow on Saturday. The exact track of the storm has been shifting a lot over the past 24-48 hours so there's still plenty of uncertainty with timing and rain and snow amounts but a little snow is a possibility. 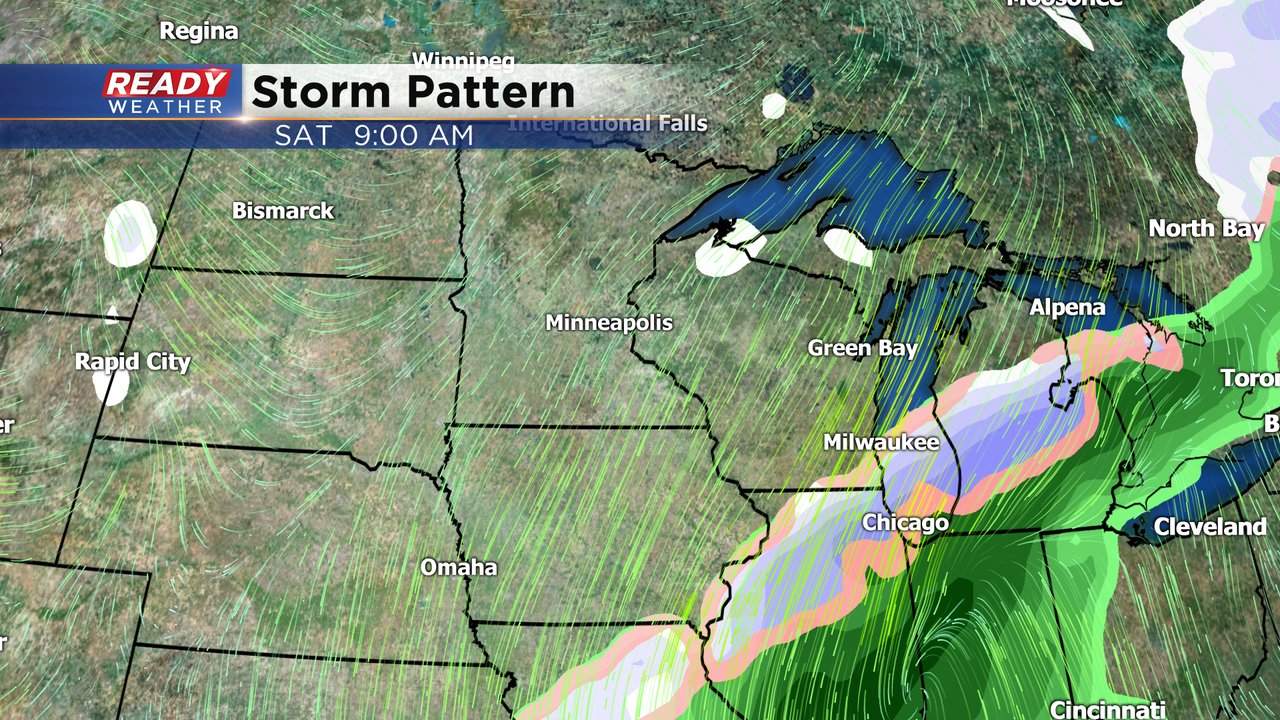 Download the CBS 58 Ready Weather app to track the chance for snow as we get into the holiday season.