We had a flooding rain move through Wisconsin on Sunday. The persistent, steady and heavy rain was thanks to a slow moving storm system moving across the Midwest that had plenty of moisture coming in from the south. We occasionally get totals like these but usually only in strong thunderstorms. Southeast Wisconsin didn't have any thunderstorms Sunday making the rain totals more impressive. Our northern counties of Ozaukee and Sheboygan saw the most rain with over 7" of rain in some spots. 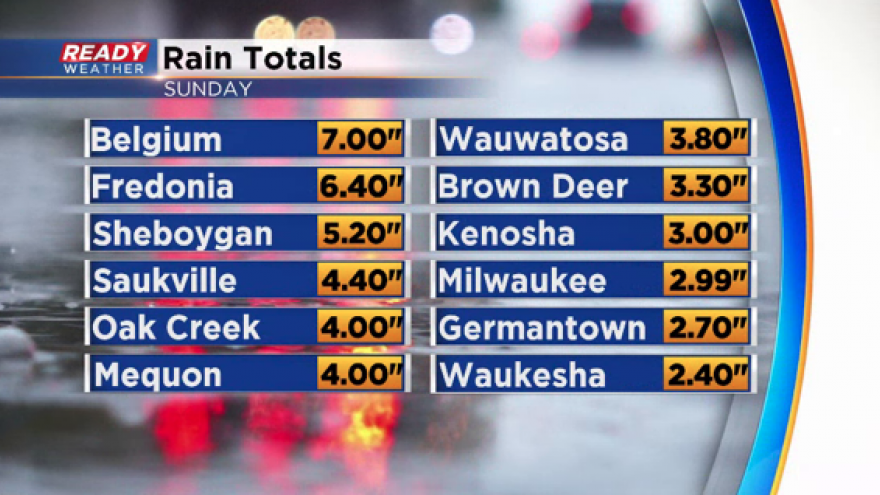 Milwaukee officially saw just less than 3" of rain at the airport which was a record rainfall for Sunday's date. It broke the old record of 1.70" set in 2000. Neighborhoods in the City of Milwaukee reported mostly 3.5" to 4.5" of rain. 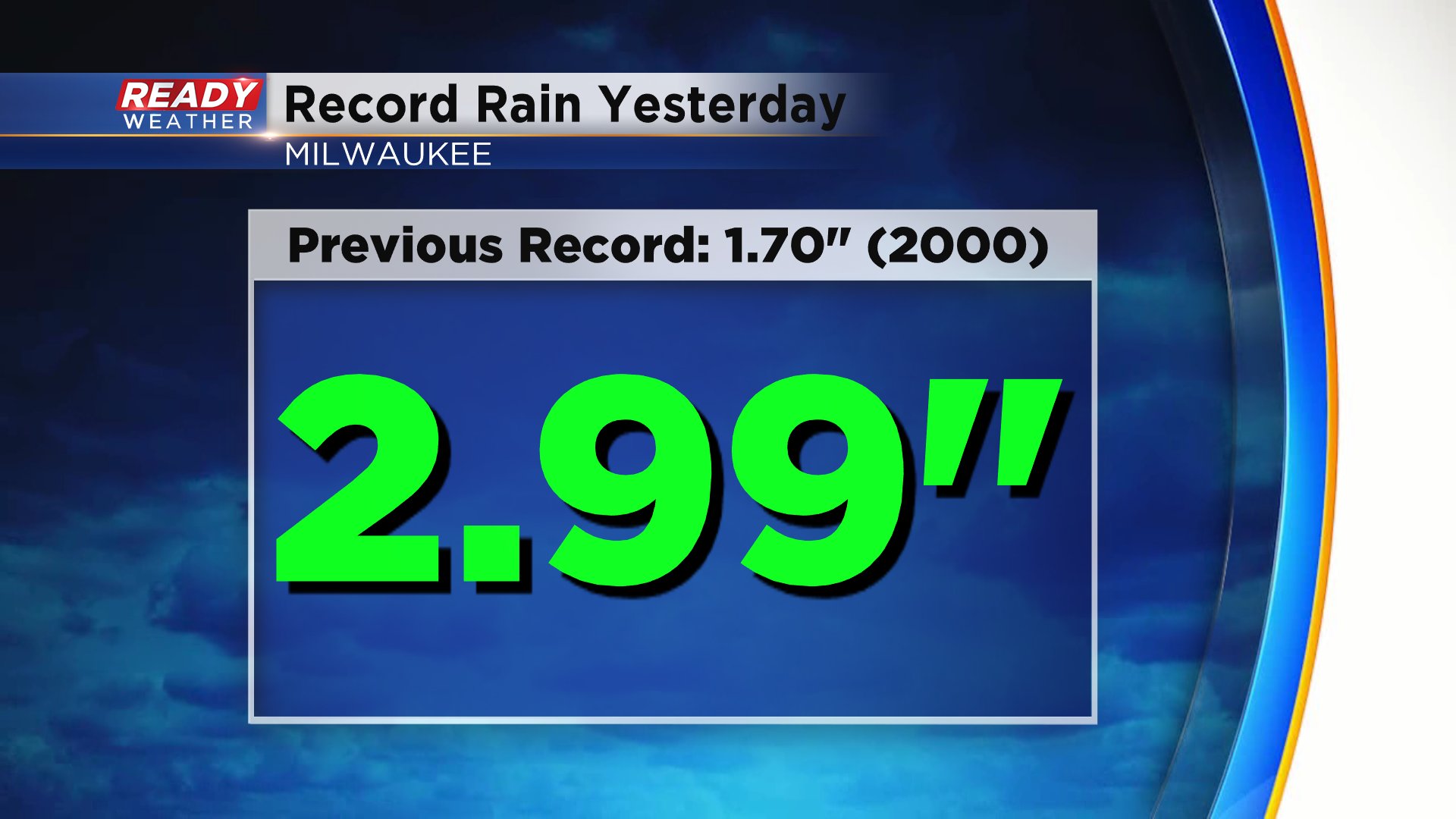 It was a flooding rain in many communities with widespread basement and yard flooding. Multiple rivers in southeast Wisconsin are already above flood stage or expected to get there the next few days. One of the highest rivers right now is the Sheboygan River in Sheboygan which is already in moderate flood stage and isn't expected to crest until Tuesday morning at the 4th highest river level on record. 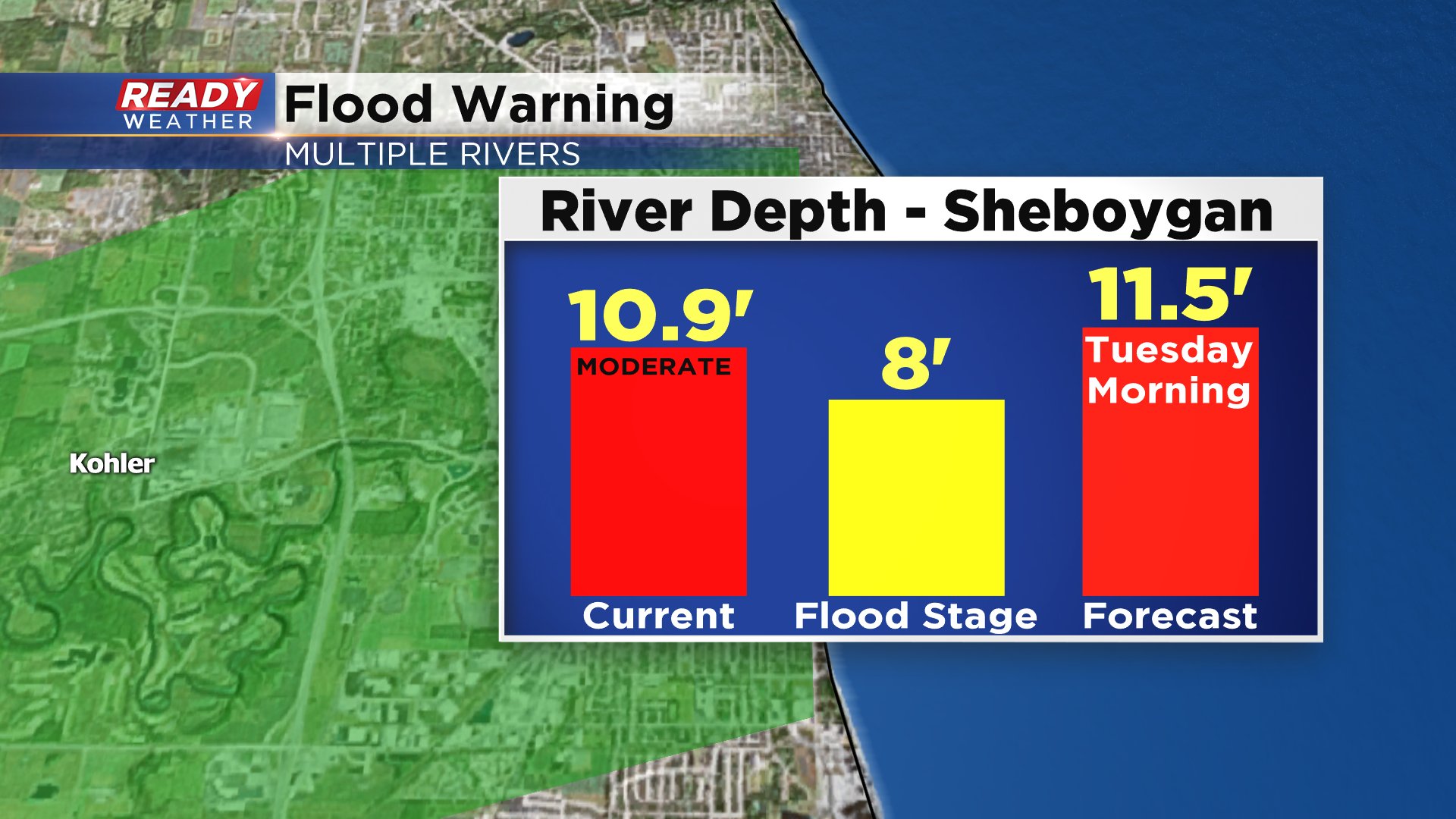 In addition to the river flooding, thanks to high Lake Michigan water levels and a persistent lake breeze we will likely see lakeshore flooding throughout Monday. A lakeshore flood advisory is in effect until 7 p.m. Expect waves over 5 feet as well. 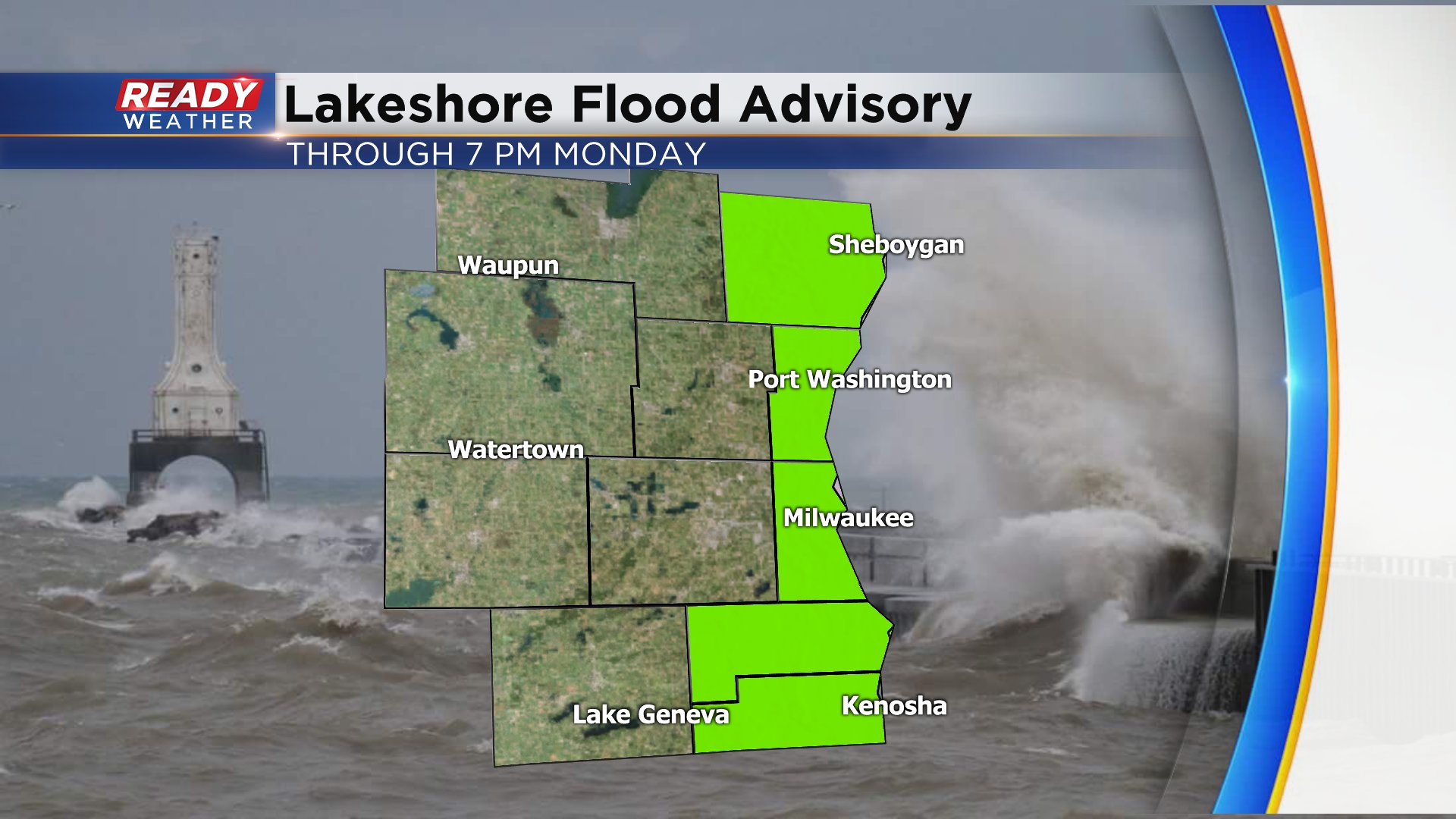 Unfortunately we aren't totally done with the rain yet. We aren't expecting any crazy rain like we saw Sunday but some light scattered showers throughout Monday into Tuesday morning are likely. Additional expected rainfall will be around a quarter inch in many communities with up to a half inch in northern counties. 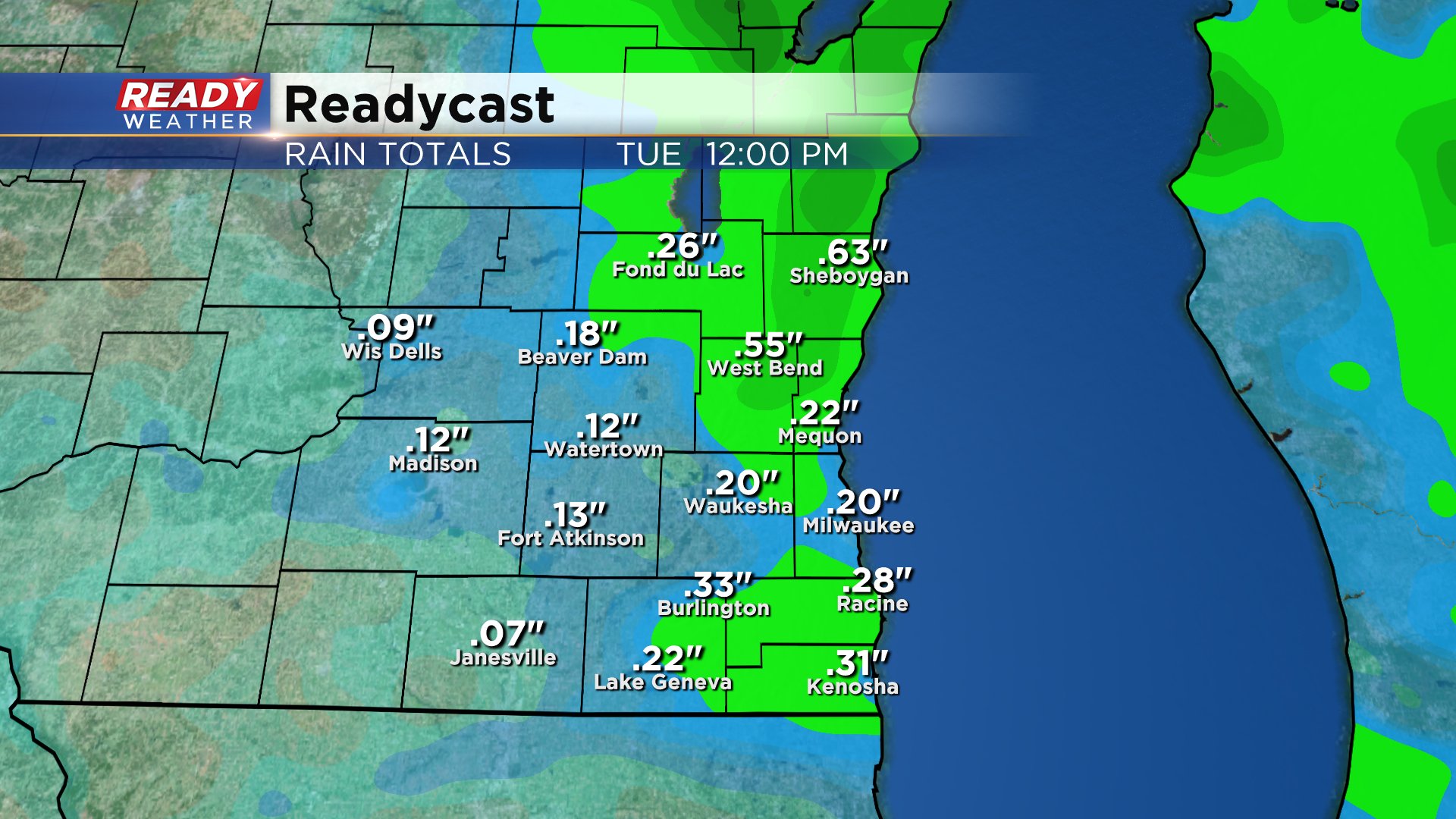 Download the CBS 58 Ready Weather app to track the rain the next 36 hours.