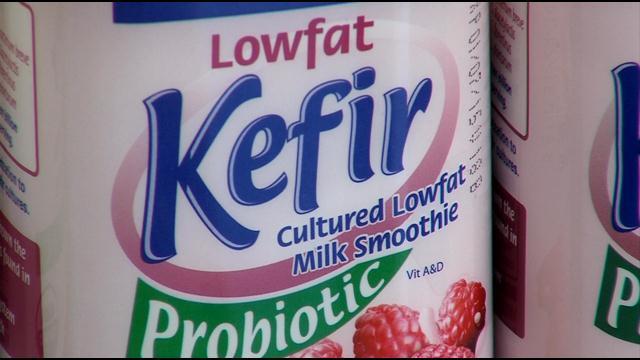 Two years after the Golden Guernsey plant in Waukesha closed its doors and left over 100 people out of work, a company based out of the Chicago area has renovated the plant and even rehired some of the workers.

Lifeway Kefir took over the facility in July 2013. Since then, it has revamped it to a state-of-the-art facility. Lifeway considers it to be one of the largest Kefir production facilities in North America.

From the outside, the facility, which was built in the 1950's, looks the same. But inside, the old Golden Guernsey plant has a new look.

\"The whole facility had to undergo major renovation from dairy processing to our Kefir line,\" said Todd West, Vice-President of Business Development.

Sidewalls and ceilings had to be replaced, in order to make sure everything met current specifications required by law.

The former facility was only a fluid milk plant. But soon, it will be a facility that will be capable of culturing Kefir.

\"Kefir is very similar to yogurt but it's a higher probiotic... it's a drinkable beverage... very healthy for the digestive system\", said West.

\"It's a very old process.. we've just taken it from that point and brought in new technology,\" said Marv Hinnenkamp, Vice-President of Operations, who's been with Lifeway since 2005.

Hinnemkamp has been overseeing the transition of the facility from day one and believes the plant has tremendous potential.

\"For us to supply the market, we need this plant,\" said Hinnenkamp.

The plant is not fully operational yet. For over a year now, it has been processing milk and manufacturing bottles for the Kefir facility in Morton Grove, Illinois. But the next step, is to have the Kefir process inspected and ready to go by Late February, early March.

At least 7 former Golden Guernsey employees were re-hired, out of the current 27.

One of those employees is Kerry Klokow, who worked for the former dairy plant for 13 years, and is now the current Plant Operations Manager for Lifeway in Waukesha.

\"It's been a great learning experience,\" said Klokow. \"It's a chance... a new opportunity with Lifeway. It's a place that I see a lot of growth and a lot of potential,\"she added.