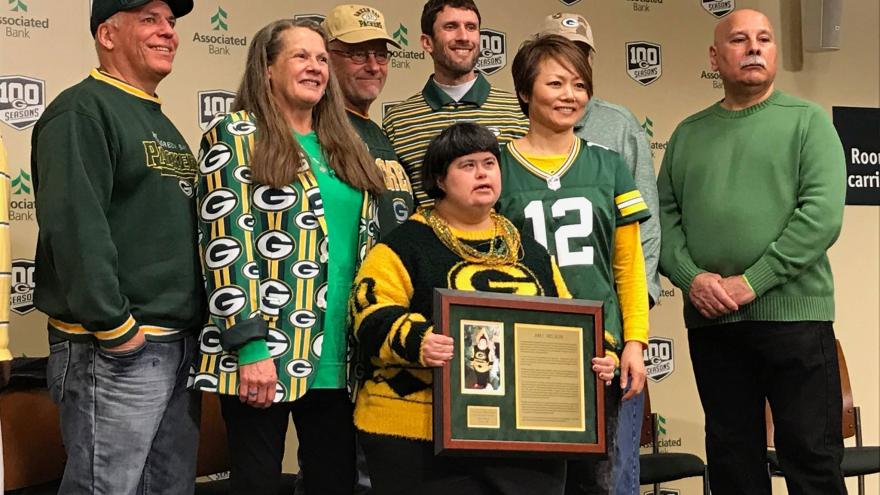 A lifelong Packers fan, Nelson was selected by fans from 10 finalists during a voting period that ran from Jan. 1 to Jan. 31 on Packers.com. More than 13,500 votes were cast from throughout the United States and countries around the world. 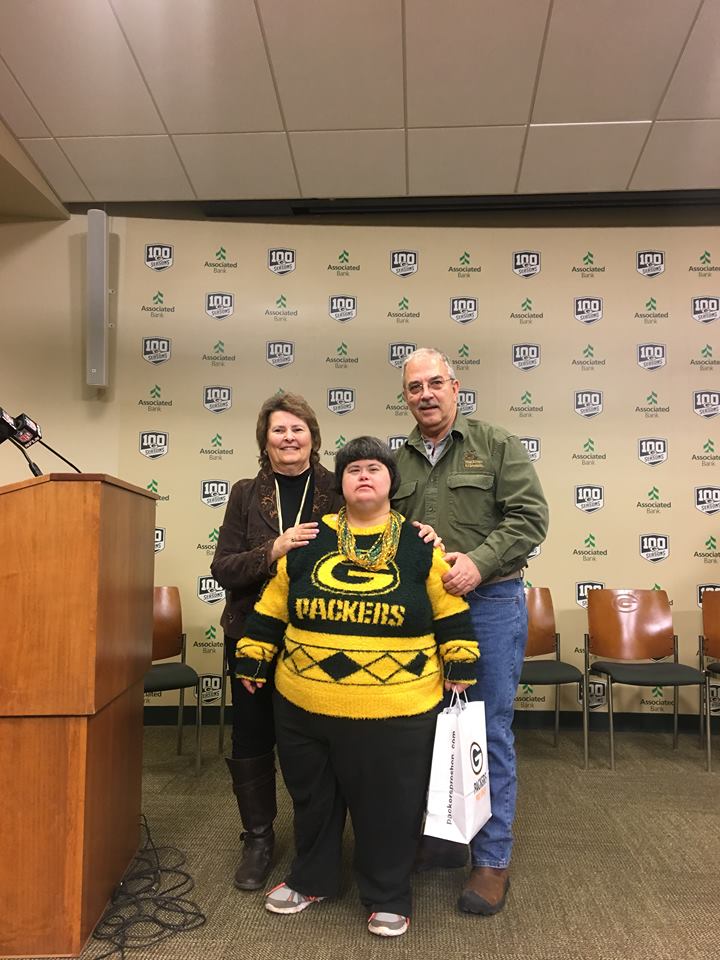 Nelson is well known in her community for her unwavering enthusiasm, positive attitude and faithful support of the Packers each year. As an adult with Down syndrome, she enjoys the excitement of gameday and the bonds it creates with friends and family, and she aims to spread her team spirit throughout the community.

Each year, she memorizes the schedule and the players’ jersey numbers, and often checks in with family members to see who will be joining her to watch each game, recruiting anyone who doesn’t immediately commit to joining the party. Gameday is a weekly highlight for Nelson, with her planned wardrobe, snacks and seating arrangements helping set the stage for her to offer words of encouragement to the team throughout the game. 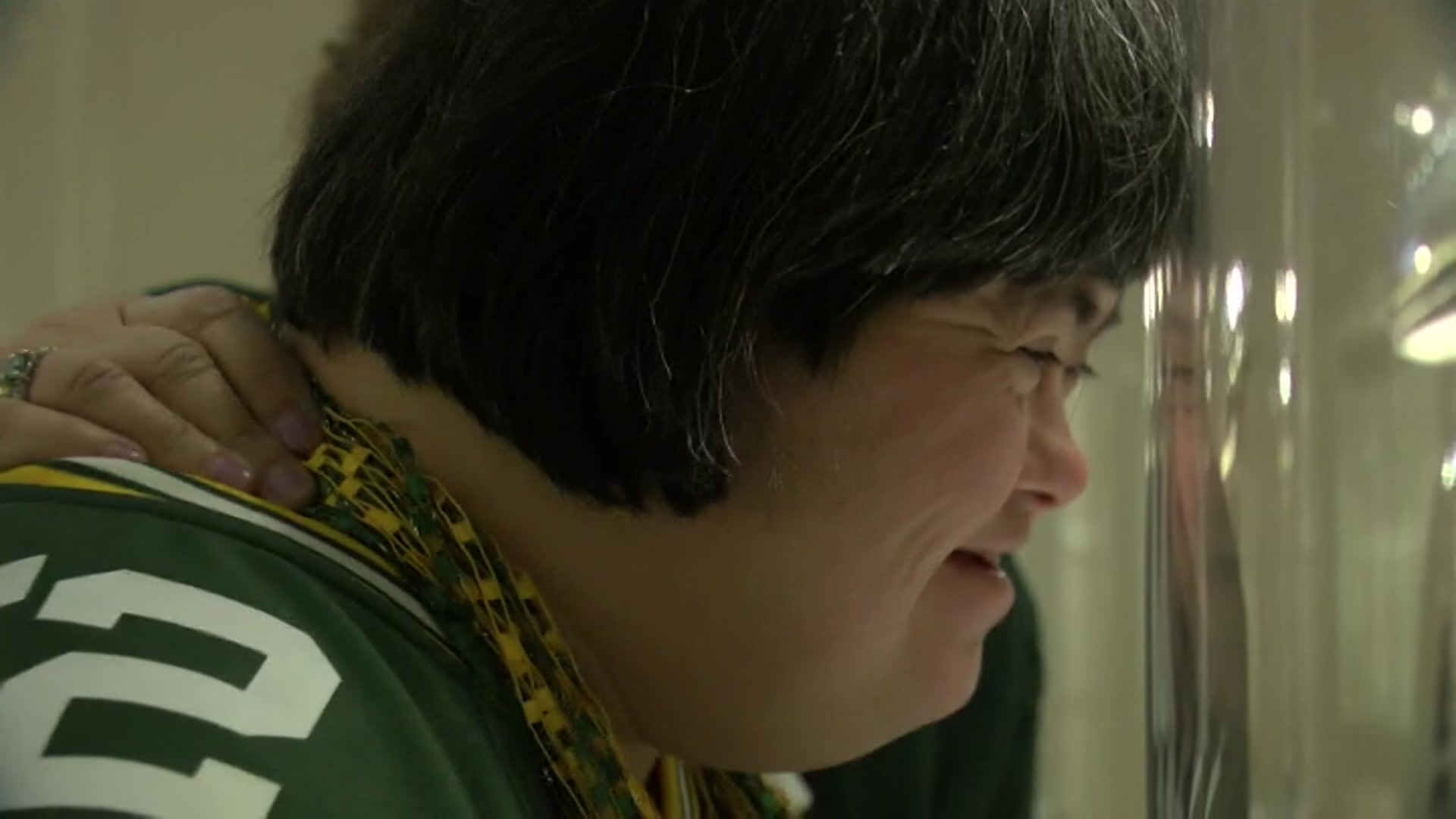 At her workplace, Wausaukee Enterprises, Nelson is known for her infectious love of the team and never misses an opportunity to show off her Packers apparel, jewelry and accessories, including green and gold nail polish.

An excerpt of the letter nominating Nelson reads: “Perhaps most importantly, Amy is a great example of true team spirit by supporting the team through the ups and downs of each season and through the passing years. Amy’s faithful and positive outlook at all times is an example all Packers fans should follow.”

Regarding her nomination, Nelson said: “Thank you. I am very excited and want to win! No. 52, Clay Matthews, is my favorite player and it would be an honor to be in the Packers Fan Hall of Fame.” 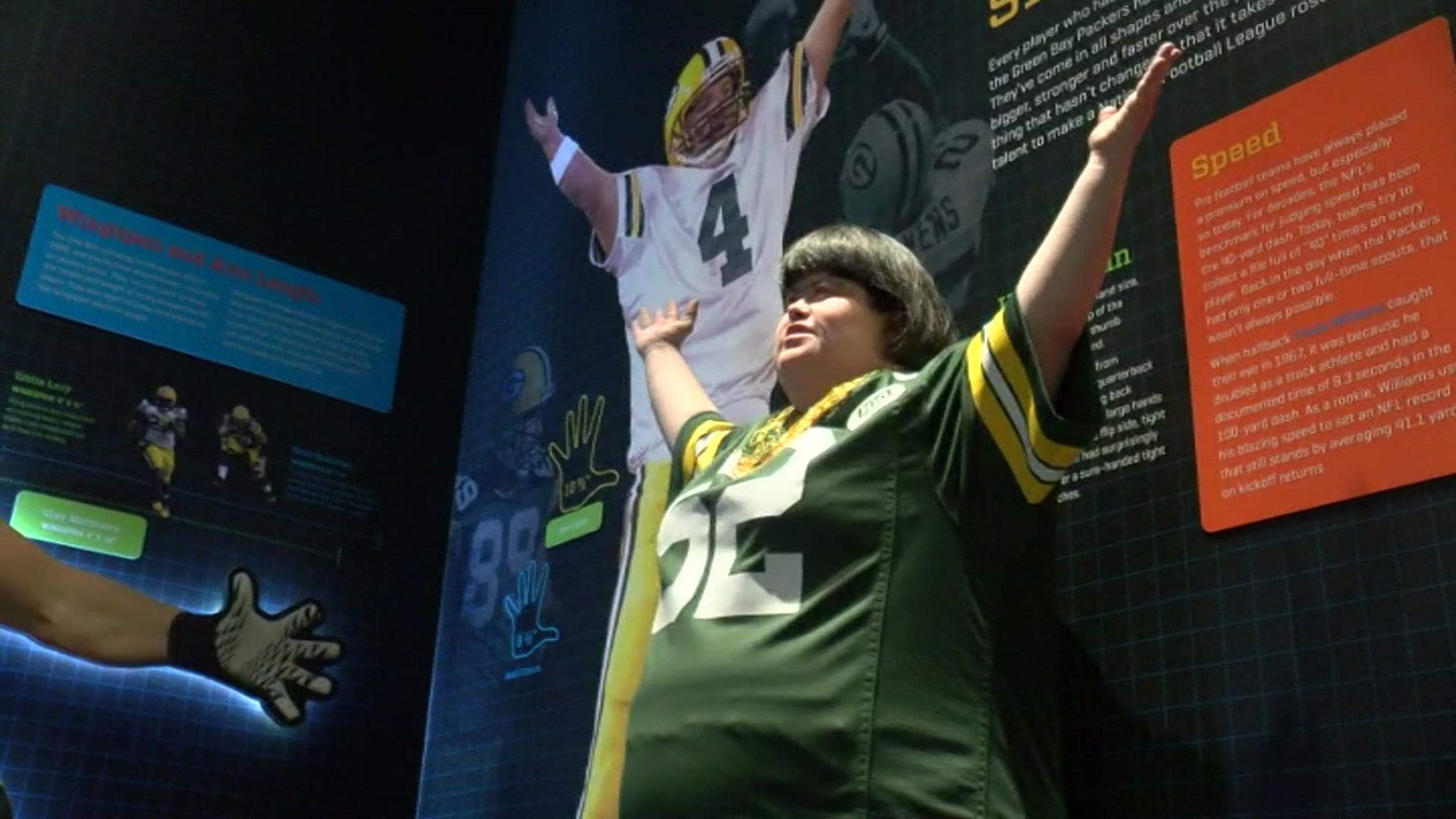 In honor of her selection, Nelson will receive four club seats to a 2019 Packers home game; a $500 Packers Pro Shop gift certificate; a road trip for two to a 2019 Packers away game, including game tickets, airfare and hotel accommodations; and a one-year subscription to Packer Plus.

Nelson also will have her name permanently displayed in a place of honor in the Green Bay Packers Hall of Fame.