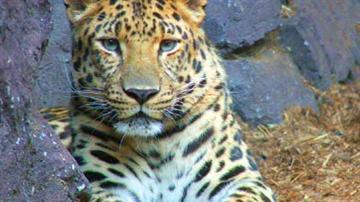 CALEDONIA, WI - Police got a report about a leopard on the loose. They got that information Wednesday night from a man driving with his wife on 6 Mile Road and Highway 31. The witness described the animal as being between 150 and 200 pounds. The man said it was either a leopard or a mountain lion. Officers checked the area with no luck. Their next move was to contact Jo-Don Farms, a place that cares for many types of exotic animals including jungle cats. Jo-Don Farms checked their inventory and found all of their animals were accounted for. They say they get about a dozen calls a year from people worried that one of the animals has escaped. Officials at the farm say in 40 years they've never had a dangerous animal leave then property. While you won't likely see one of their animals roaming the community, they invite people to come to the farm when it opens for the season on Memorial Day weekend.