Lena Dunham will perform in Milwaukee 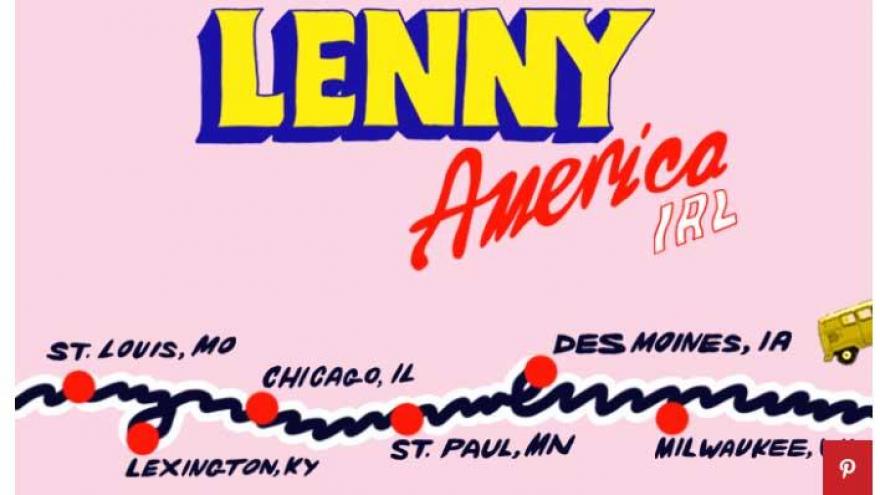 LOS ANGELES (AP) — Now that HBO's \"Girls\" has wrapped its six-year run, the women behind the series are focusing on their other female-centered project: turning their digital newsletter, Lenny, into a real-life experience.

Lena Dunham and Jenni Konner are bringing LennyLetter.com to life as a variety show. The co-founders of the digital newsletter announced Tuesday that they'll take the \"Lenny: America IRL\" tour to six cities, beginning May 31 in St. Louis.

Dunham said she was inspired to create opportunities for women to gather and share ideas after the contentious presidential election.

\"We really wanted to try to be a part of, in our own small way, healing the very big divide that exists in our country right now,\" Dunham said in an interview Monday. \"We're trying to look beyond the coastal states and really think about connecting to women, to people, in the middle of the country.\"

While the event will have liberal-skewing political overtones, Dunham and Konner say everyone is welcome.

\"It's political, but we're also trying to bring up issues that you can't really argue with,\" Dunham said. \"For example, a portion of our proceeds are going toward arts education organizations for girls in every city. People have a lot of really split opinions on social politics, but you basically have to be a mustache-twirling villain to have a problem with girls receiving arts education.\"

She said they want the show to be \"a great place for people to come and really enjoy themselves.\"

Beyond the \"America IRL\" tour, Konner and Dunham are also broadening Lenny into a documentary series for HBO and a Lenny book imprint launching in August with the first of six slated titles.

\"It's all about trying to expand the way that women can have access to information that cracks their brains open,\" Dunham said. \"Jenni's and my entire ethos is really built around relationships between women.\"

The Lenny expansions are giving the \"Girls\" alums a new place to put their energies after wrapping the often groundbreaking and controversial series last week.

\"It's been a very strange week. I'm not going to lie to you,\" Konner said. \"But it's really nice after all these years of, you know, being pretty divisive, that the general consensus has been pretty positive, and that's made us feel really good.\"

But neither Konner nor Dunham will engage in discussion of what could be the show's final scrape. Some viewers have found fault with the race of the baby Dunham's character has in the final episode. The baby is dark-skinned; its fictional parents are not.

\"I'm going to gracefully bow out of the last controversy hopefully we will ever have about 'Girls,'\" Konner said. \"I won't even dignify it. Ridiculous.\"